Original Intact Edition Of Shakespeare's "First Folio" Sells For Almost $10M, Becomes The Most Expensive Work Of Literature, Ever

Just in case anyone out there ever doubted that a playwright by the name of William Shakespeare would ever amount to anything: A recent Christie's auction has cemented the bard's reputation for good, as a complete copy of Shakespeare's First Folio has sold for almost $10 million, becoming in the process the most expensive work of literature ever sold at auction.

Shakespeare's First Folio is the earliest published edition of his plays, dating all the way back to 1623, when it was published under the title "Mr. William Shakespeare's Comedies, Histories, & Tragedies." As you can imagine, the work that includes virtually all of Shakespeare's dramatic work is considered among the most influential works ever published, and its value goes far beyond any dollar amount. Nevertheless, rare book collector Stephan Loewentheil paid $9,978,000 for the copy, which is quite a bit more than presale estimates that were in the $4 million to $6 million range. He told reporters that he added the First Folio to his collection in order for it to "serve as a centerpiece of a great collection of intellectual achievements of man." He went on, telling CNN: 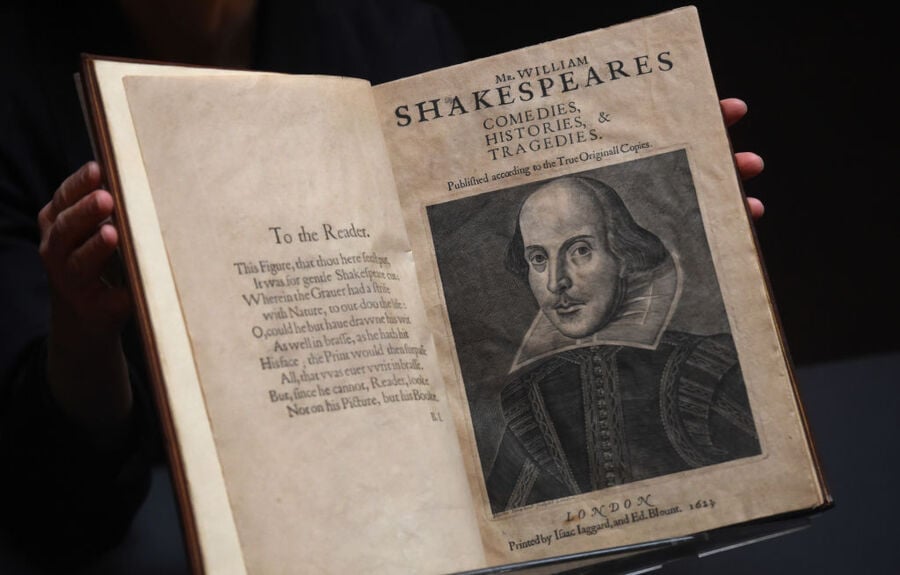 CNN also reports that of the original 750 copies of the work that were published in 1623, only 235 are known to survive. Of those, only 56 have survived in complete form. And the last time a complete First Folio hit the auction block, in 2001, it sold for $6.1 million, which was also a record-breaking price at the time.

This edition of the First Folio was sold by the cash-strapped Mills College in Oakland, which reportedly received it as a free donation back in 1977. Fortunately, the school has now gotten much more than they expected for the item.