Off the coast of the village of Qurayat, Oman, a fisherman named Khalid Al Sinani came across the kind of potentially life-changing find all fishermen dream about. On his way back home at the end of his workday, the Gulf News story about the find reports that there was a "horrible smell from a distance" stemming from an accumulation of ambergris floating on the surface of the water.

Ambergris is a waxy, soft substance that comes from the intestines of sperm whales and is highly valuable.  It's used primarily in perfume manufacturing with its infamously unpleasant scent notwithstanding. It's used in perfumes as a fixative, and even though it smells terrible at first it does eventually develop a sweet and earthy scent over time. As for the deposit found by Al Sinani, it weighed over 132 pounds, and in American dollars it was worth almost $2.6 million. 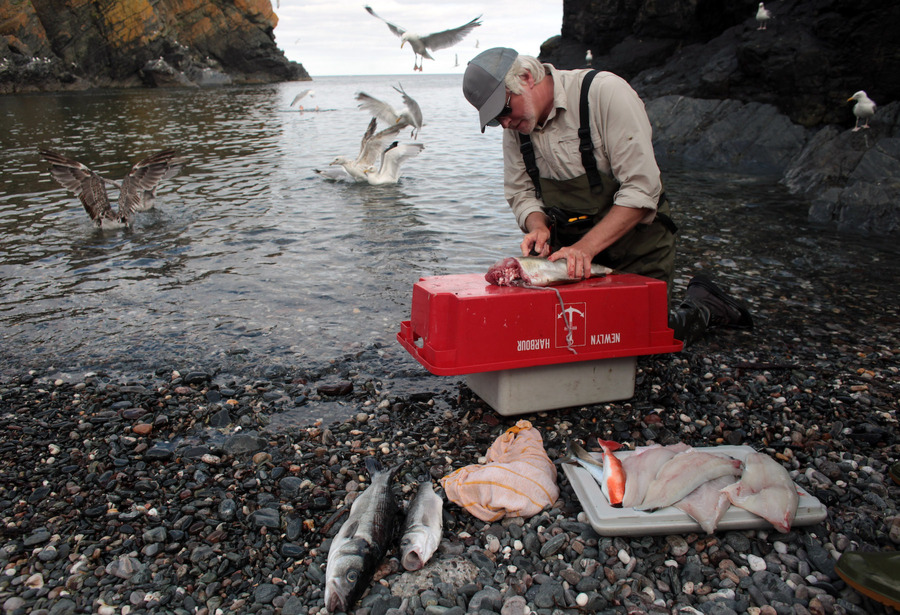 Not the actual fisherman in this story (Matt Cardy/Getty Images)

To amateur, non-fishermen, the horrible smell would probably provoke a simple departure for fresher air. But Al Sinani realized the value of the ambergris, and used ropes to haul it out of the water and onto his 20-foot fishing boat. And it's no wonder that he was prepared for such a rare phenomenon, since he told a local newspaper he'd been thinking about it his whole life:

"My dream came true. I have been waiting for such a moment for the past 20 years when I started fishing with my father."

Al Sinani was reportedly holding off on selling his ambergris haul to get the best possible offer, turning down buyers from both Saudi Arabia and the United Arab Emirates. After he does make his money, he's hoping to get out of fishing and start a new professional life in a new field: Real estate.