The additional fees behind owning a car can come as quite the surprise to some – but you've probably never heard of a license plate costing nearly $5 million before.

A man from the United Arab Emirates state of Sarjah is short Dh18 million (approximately $4.9 million) after placing the winning bid on a rather unique license plate at a special auction this month.

But why would anyone ever spend that much money just for the plates on their car?

The winning bidder, native businessman Arif Ahmad Al Zarouni, was not in the market for just any kind of license plate. Like many car owners, he was on the hunt for the perfect vanity plate. The only plate he had his eyes on was the much sought after and highly exclusive "1" Sarjah license plate.

For Al Zarouni, though, the prize was much more than a vanity plate to show off – and he had no intention of leaving the car auction empty-handed. "I attended the license plate auction only to win number one," Al Zarouni told Motor1. "My ambition is always to be number one." 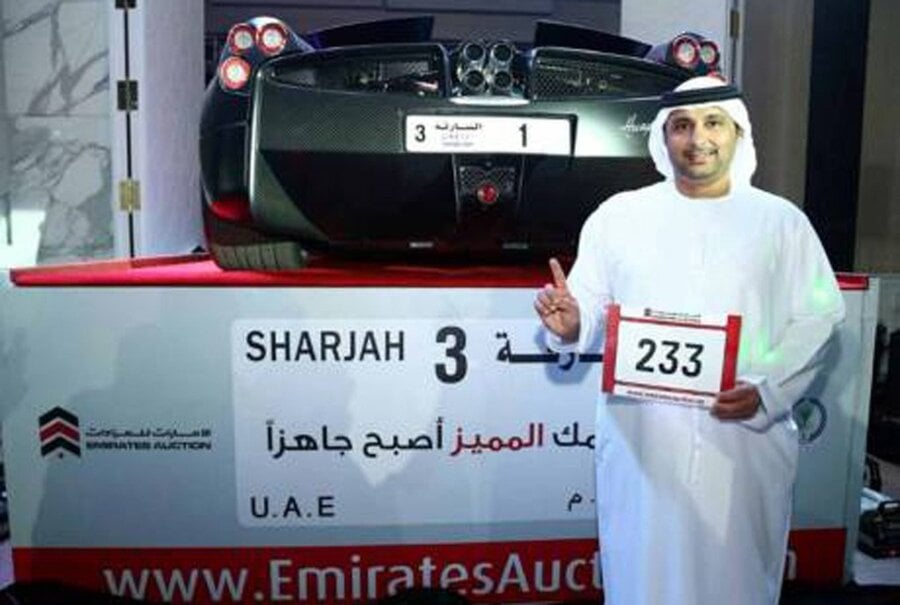 The license plate auction where Al Zarouni made his winning bid is held specifically to raise funds for the state and it often attracts a high turnout of bidders.

On the day plate "1" was presented for auction, 1,340 registered bidders were in attendance.

With steep competition, the opening bid for plate "1" started off at Dh1 million ($272,260). Within minutes, the price escalated to Al Zarouni's winning offer, totaling $4.9 million. His winning bid was 18 times more than the plate's reserve price.

While Al Zarouni came determined to snatch up the coveted plate, there were plenty of other fierce bidding wars to round off the night. Other rare and unique plates up for grabs at this high stakes auction included plates "12," "777," "911," and "99999."

Al Zarouni said that he has no intention of selling his prized plate, but he could stand to make some big cash if he did.

License plate auctions are very popular for some of the most elite of the UAE and beyond. The sweeping trend of these bidding events has proven that even the most wealthy are willing to spend more on their license plates than on their cars. 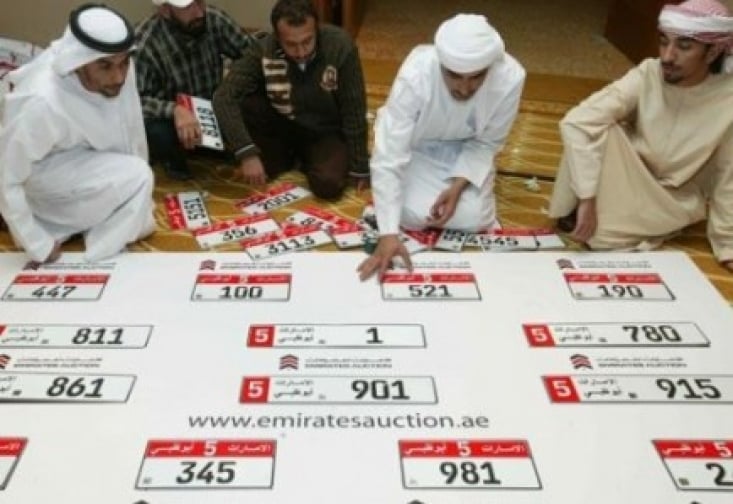 While drivers in the United States enjoy customizing license plates with names and meaningful phrases, auctions like those in the UAE make the most money off of numbered license plates. The mantra of "the fewer numbers, the better" reigns supreme on the bidding floor across many countries – and the prices paid for certain plates might shock even the most wealthy.

While Al Zarouni walked away with his rare "1" license plate for $4.9 million, the price he paid is paltry, compared to how much Saeed Abdul Ghaffar Khouri paid for the same number at an auction in Abu Dhabi.

In 2008, Khouri set a world record when he dropped Dh52.2 million ($14.5 million) to be the owner of Abu Dhabi's "1" plate. Even more surprising? Khouri told reporters he was willing to bid up Dh100 million ($30 million) to ensure that the plate was his.