North Korea Is Making Money By Bringing In Foreign Journalists

Every time North Korea allows foreign journalists to cover one of its major national celebrations, it's making hundreds of thousands of dollars. Recently, they celebrated the 105th anniversary of the birth of their country's founder, Kim Il Sung. While the massive military parade rolled out several new ballistic missiles and highlighted the country's ideologies, Pyongyang also opened up its doors to a total of 121 foreign correspondents. 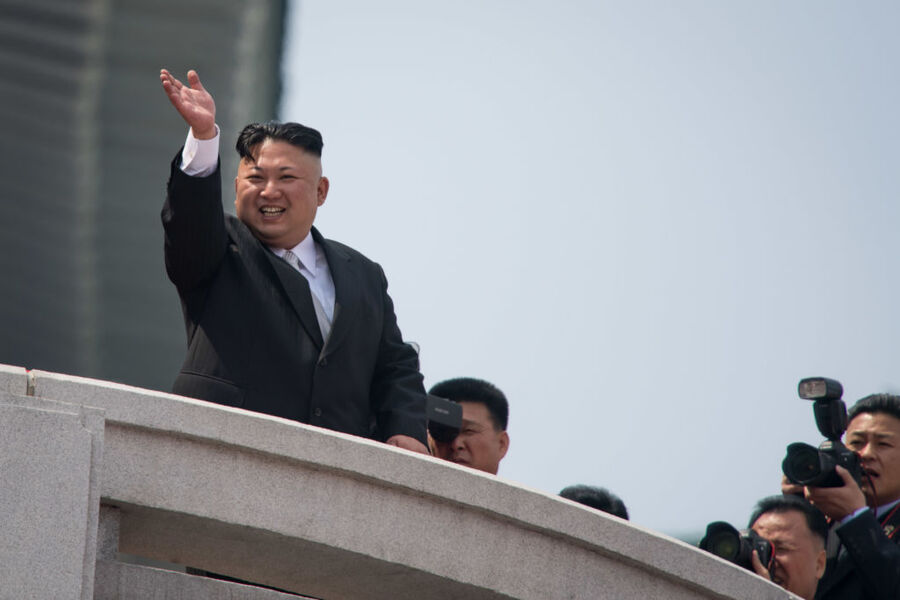 These events are a rare opportunity for an impoverished regime facing international sanctions to generate a large amount of foreign currency. A single seven-day trip to Pyongyang costs $2,500 in USD, which goes to various North Korean government agencies. This total is equal to the average wage of a North Korean citizen over a period of five years. Including flight costs, hotels, living expenses, and visas, North Korea likely made around $300,000 from the journalists who attended this recent celebration.

In addition to the charges for visas, round-trip tickets, hotel stays, and living expenses, there is a $300 service fee for North Korean guards, also known as "minders" who act as translators and transportation. Any cell phone or data plans in the country are also very costly. All in-country interactions are heavily controlled, and North Koreans have been reported to delete photos if they believe the subject matter is too sensitive.