In what Forbes reports is a record real estate purchase for the area, an extremely valuable property on the famous Champs Elysées in Paris now belongs to athletic brand behemoth Nike, following a €613 million sale (which comes to about $673 million in American dollars).

The space, located at 79, avenue des Champs Elysées, will in time be the new home of Nike's European headquarters. They'll certainly have plenty of space, since the property spans some 83,000 square feet, which includes 46,000 square feet of retail space. The opening is scheduled for December of 2019, after which Nike's European and French staff will find their new workspace in one of the most coveted pieces of real estate on the planet, as Parisian newspaper Le Parisien reports:

"The American sports brand will install its 'Nike temple' on the ground floor adorned with a majestic double Chambord staircase, registered with the Historical Monuments…This store will offer 4,300 m2 of retail space spread over five floors capped by a rooftop with incredible views of the Champs and all of Paris."

Nike's Paris headquarters will serve as the brand's third "House of Innovation" following comparable structures located in New York City and Shanghai. And it's all part of an effort by Paris officials to renew the area for the first time in some 20 years, an initiative called Champs-Elysées 2024. Other brands that have joined Nike on the avenue include Apple, WeWork, and famous department store Galeries Lafayette. 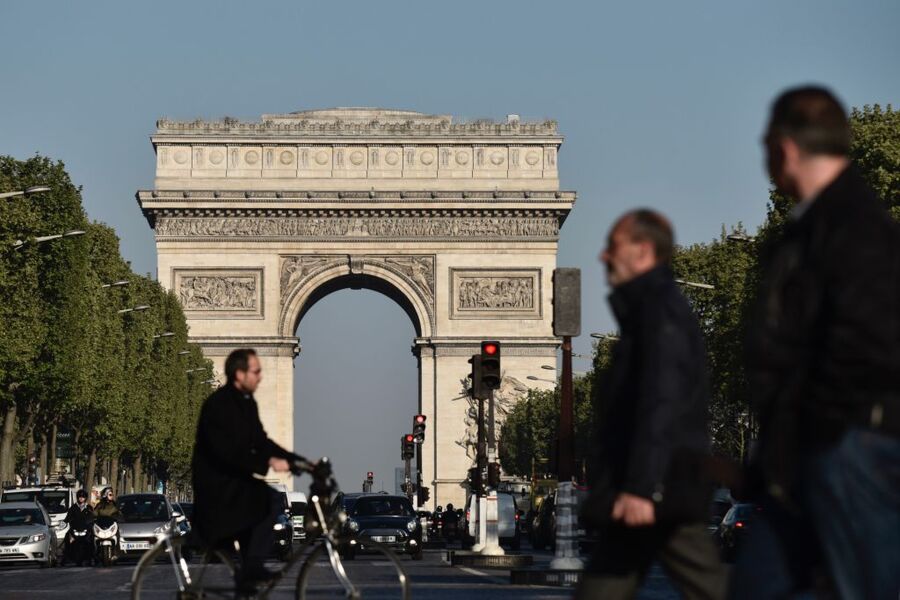 Nike's €613 million purchase edges out the €600 million Apple paid for its Paris flagship store on 114 avenue des Champs-Elysées, which opened in November of last year. As such it's reportedly the most ever paid for a property in the famously expensive district, and shakes out to about $87,844 US per square meter. Such record-breaking purchased only continue recent trends in Paris, where real estate values have reportedly tripled in the last 20 years.