New York City's Famous Chrysler Building Is Up For Sale

One of the most famous parts of the New York City skyline might have a new owner soon, as the Chrysler Building in Manhattan, one of the most instantly recognizable skyscrapers of all time and briefly the tallest building in the world, is going up for sale, as reported by NBC News and other outlets.

The 77-story art deco masterpiece has two different owners, with a 90 percent stake held by the Abu Dhabi Investment Council and the remaining ten percent by developer Tishman Speyer. Darcy Stacom is the chair of New York City Capital Markets at CBRE Group Inc., the brokerage firm hired to find a buyer for the building, and he says he's feeling good about its prospects for a speedy and lucrative sale:

"It's exciting. I'm getting inquiries from all over the world."

We don't know what the Chrysler Building's current asking price might be, nor its precise occupancy rate. But the latter is reported to be in the "low 80 percent range," which is below the average rate for the area. And in 2008, when the Abu Dhabi Investment Council purchased its current stake, it paid $800 million for it. Tishman acquired his (since reduced) stake in the skyscraper back in 1997, after which he funded a $100 million renovation. 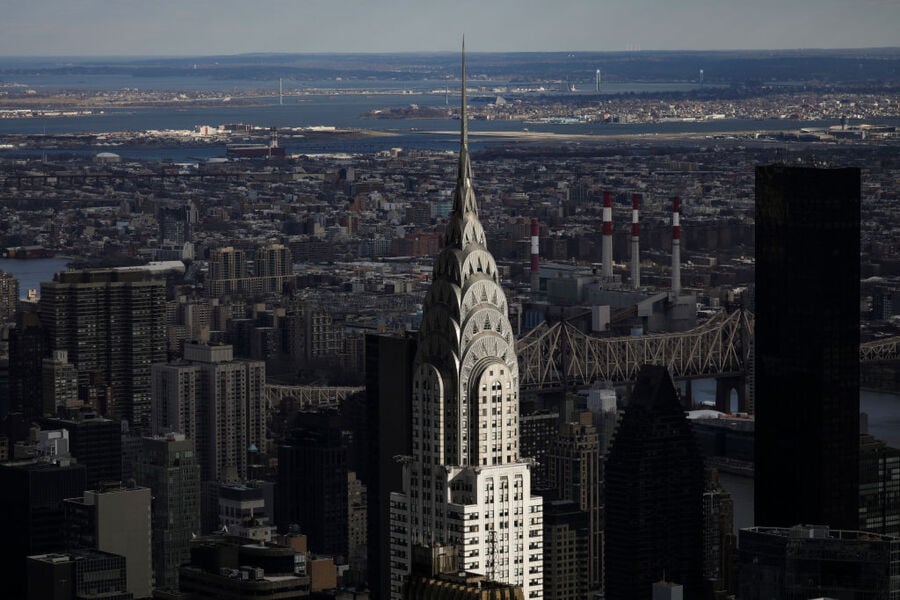 The sale comes as many storefronts in Midtown are sitting empty due to economic factors, and at 88 years old, the Chrysler Building is almost four decades older than the average Midtown building. But Midtown South has 100-year-old buildings with tenants like Google and Facebook, so the Chrysler Building's age could end up being a selling point for whomever ends up owning it next. And as Patrice Derrington, director of the real estate development program at Columbia University explains, the decision to sell the building may not be based on any shortcomings in the building's commercial performance:

In addition to the Chrysler Building's substantial name brand value, its 42nd Street location, close to Grand Central Terminal, is said to be a prime spot for "greater retail exploitation," according to Stacom.