No true baseball card collector is in it for the money, but rather the sheer pleasure of collecting. But it's always nice to leave behind a little monetary validation for the family and loved ones who might not necessarily share your passion for the hobby – as with the recently departed 97-year-old James Micioni of New Jersey, who NJ.com reports has left behind a baseball card collection estimated to be potentially worth several millions of dollars.

Micioni's collection consists of more than a thousand baseball cards, but this is a clear case of quality over quantity. Some of the treasures of his collection include not one, not two, but SIX signed 1933 Babe Ruth cards, each of which is reportedly valued at more than $100,000. Lou Gehrig and Jimmie Foxx are two other famous signatures bearing their 1933 Goudey cards in Micioni's collection, the same set that includes the Babe Ruth autographs.

"Maybe once a decade something like this comes around. The cool thing is, nobody knew of his collection. He just collected his whole life. He didn't show it off to anyone." 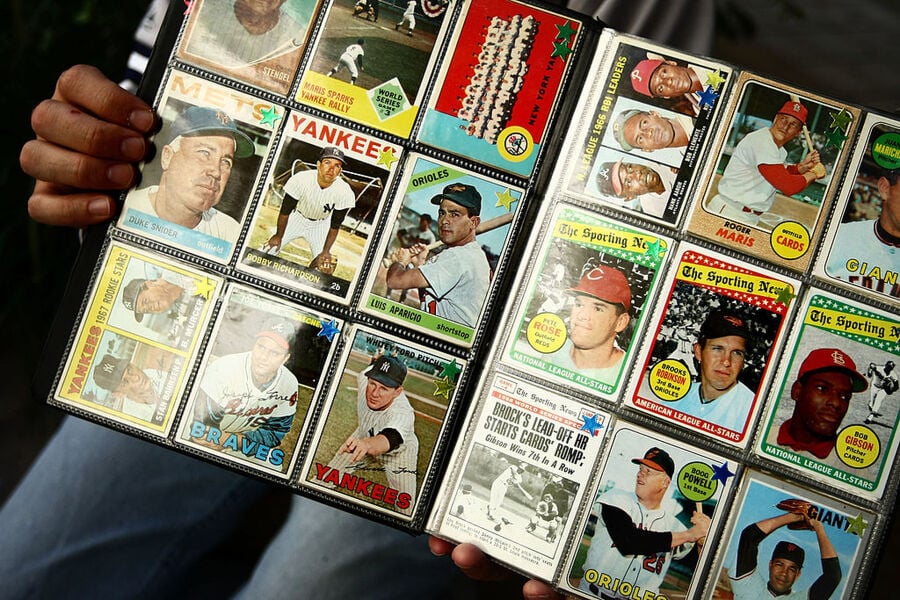 Be that as it may, Micioni was well known as a baseball card aficionado to his nieces and nephews, all of whom say they didn't realize the full value of what their uncle had accumulated until he had passed away. "You'll figure it out when I'm gone," he's quoted as having said by his nephew Peter, who also said that Uncle Jimmy was known to give away cards to his family members as gifts without letting on how rare or valuable they might have been.

The Uncle Jimmy Collection is unique in other ways beyond the rarity of some of his acquisitions. It's also remarkably well preserved, as Joe Orlando of Collectors Universe explained to NJ.com:

"You're not just talking about an enormous amassment of unsigned cards that have been preserved. You're talking about cards that needed to be handled and sent to the players and autographed and then returned and then preserved…Because Uncle Jimmy preserved them so well, the colors retain their freshness and their brightness, so the eye appeal of the cards is tremendous because he took the time to preserve them the right way."

Fascinatingly, Micioni's family says he never once paid for an autograph or even stood in line for one. Instead, he would send his cards off in the mail to his favorite teams and players along with lengthy handwritten letters requesting their signatures, along with a return envelope – a process that seems to have served him well over the course of his long collecting career.