Neil Armstrong's Moon Bag Expected To Get $4 Million At Auction

When Neil Armstrong made his return trip to Earth after being the first man to walk on the moon, he did what many of us do when we come home from vacation, he brought back some souvenirs in a tote bag. Also like many of us, he lost track of the bag after that, and for many years it was thought to be lost. It recently returned into the public sphere, however, and now it's going up for auction, expected by the auction house Sotheby's to earn as much as $4 million when the bidding is finished.

July 20th was chosen as the date of the auction, which also includes items like the original crew-annotated Apollo 13 flight plan, astronaut Gus Grissom's space suit, and photographs taken on and of the moon by NASA. The date holds a special significance in the history of space exploration, as it will be the 48th anniversary of man's first landing on the moon in 1969. 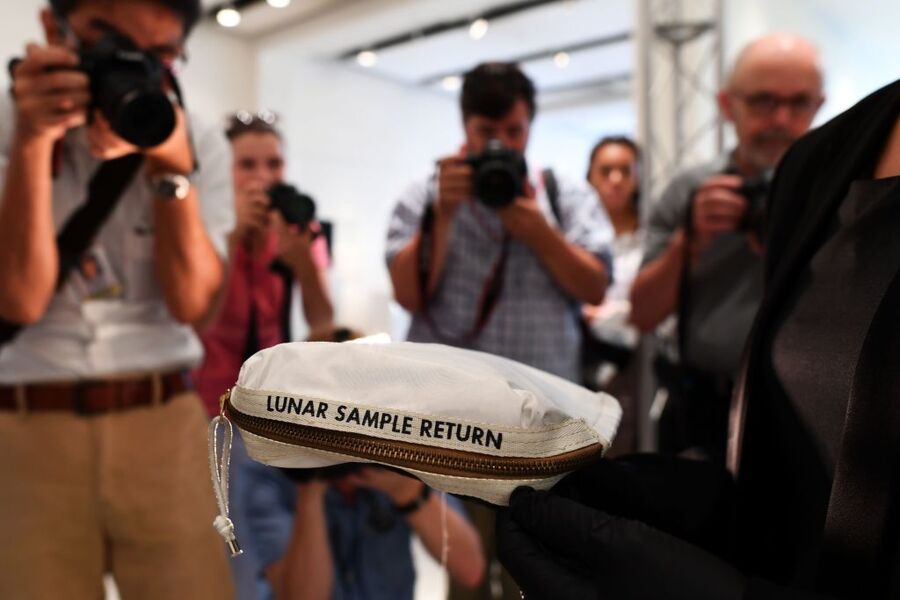 Armstrong's "Lunar Sample Return" bag more or less went missing after its contents were extracted in July of 1969, but it was eventually found in the garage of convicted thief/museum manager Max Ary, who Reuters reports got it from an unmarked box at the Johnson Space Center in Houston, TX, where it sat unidentified and uncatalogued for years. After that, it was seized by the US Marshals Service, which auctioned it off and failed to get any bids at least twice – until eventually it was purchased by a Nancy Lee Carlson of Chicago, who got it for just $995.

At that point, no one knew the true significance of the bag, but when Carlson sent it off to NASA in order to authenticate it, they found not only that it had been used by Armstrong himself, but that it also had trace amounts of moon dust still inside. At that point, NASA claimed ownership of the bag, and Carlson had to sue to get it back – a side benefit of which was the publicity and attention from buyers that the case attracted. Hence its current whereabouts, and its expected value of $4 million.