How much does a Navy SEAL make? Depending on his rank and years of service, a Navy SEAL can earn an excellent salary for his work at the front lines of American military action. The Navy SEALs are an Special Forces elite commando unit that that has played a crucial role in every major American military operation since its inception in 1961. Besides combat training, Special Forces members often have specialized training in emergency medicine, parachuting, survival, swimming, diving, and foreign languages. The SEAL acronym stands for Sea, Air, and Land which signifies the key elements in which these military experts operate. Navy SEALs are highly trained to perform specific tasks in any type of environment, including the jungle, the desert, urban areas and in extremely cold or hot climates. The world famous SEAL Team 6 was responsible for the successful 2011 raid that captured and killed terrorist leader Osama Bin Laden. 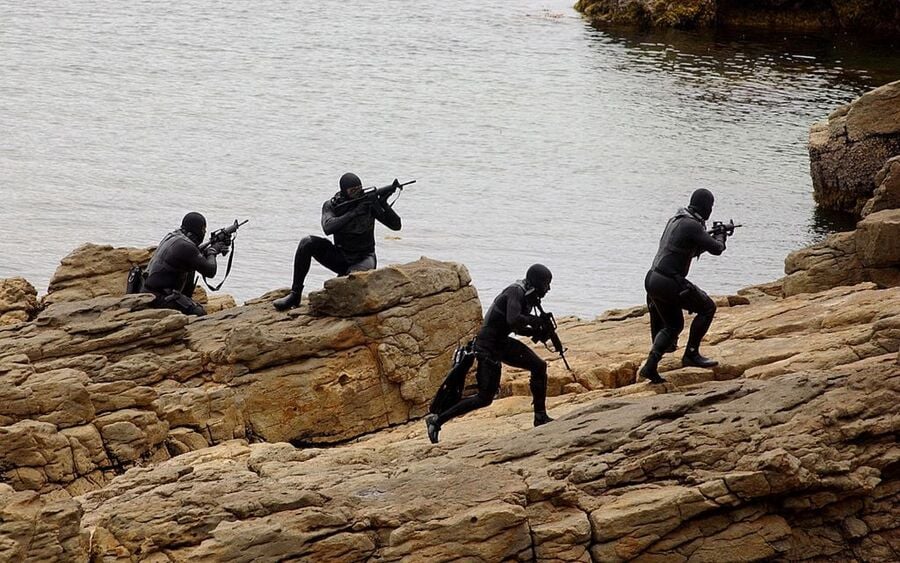 How much does a Navy SEAL make per year?

Like all military personnel, Navy SEALs are paid a set monthly rate that is determined by their rank and length of service. Military salaries broken down for commissioned officers, warrant officers, and standard enlistees. At the lowest levels, an O-1 commissioned officer who has fewer than two months of experience makes $2,876.40 per month which is the equivalent of $34,512 per year. After being on the job for more than three months, the annual pay increases to $43,428 without any change in rank. As a seal moves up the middle military ranks, his annual salary can range from $55,000 to $75,000. At the highest levels, an O-10 commissioned officer who has 40+ months of experience will earn $19,566.90 per month, which is equal to $234,792 per year!

Being a "warrant officers" can also earn a SEAL a slightly higher pay grade. Warrant officers have specialized technical and leadership skills and are commissioned by the President himself. At the lowest levels, a warrant officer earns a few hundred dollars per month more than their counterparts. A W-5 with 40+ months of experience, which is the highest level for this position, earns $110,664 per year, $7600 more than his 0-5 counterpart.

Since Navy SEAls are only used for the riskiest military missions, they qualify for an extra $240 per month hazardous duty incentive pay and $225 imminent danger/hostile fire pay. They also can potentially earn a $225 monthly bonus if their mission involves parachuting or demolition and $240 for diving. SEALs are also eligible for an annual special clothing allowance of up to $760 and as much as $960 per month as a housing allowance.

What Happens When SEALs Retire?

Recently there's been a lot of talk about what happens to SEALs after they leave the military. The controversy erupted after the actual SEAL who fired the shots that killed Bin Laden claimed in an interview that despite serving 16 years in the military, he was left without a pension, health care or security for his family. Obviously this claim caused an outcry of public support for a man who served his country so bravely. In reality, the SEAL, who was making roughly $75,000 per year before retiring, will have free health insurance for his first five years out of the military thanks to the National Defense Authorization Act of 2008. The military also offers transition assistance classes to help educate and prepare veterans for the workforce. Many SEALs eventually find work in the private sector thanks to their unique and highly desireable skill set. SEALs are hot commodities for private security companies and even video game makers like EA Sports which hires vets to consult on games like Call of Duty. Finally, if a SEAL manages to stay in the military for more than 20 years, he will be eligible for a lifetime monthly pension of $2100.

So now that you know what you'll make as a SEAL, do you have what it takes to earn your Trident?