Here's a fairly horrifying scenario that sounds like something out of 1950s science-fiction: An astronaut travels to an orbiting space station, and at some point during the record-setting 534 days he spends in space, his home country cancels its space shuttle program. It's not science-fiction, though – it really happened to American astronaut Jeff Williams, who had to hitch a $70 million ride back on the Russian Soyuz spacecraft.

Williams participated in four missions over the course of his 534 days in space, the final one being a 172-day stretch on-board Soyun (Russian for "union") with two Russian cosmonauts. NASA has routinely paid the Russian space program tens of millions of dollars to allow astronauts a spot on the Soyuz three-module craft, but after the NASA space shuttle program was shuttered in 2011, Russia started charging way more for seats. It's basic supply-and-demand economics applied to international space travel, and it's resulting in an estimated cost increase of almost 400 percent over the course of ten years, according to figures released by NASA. 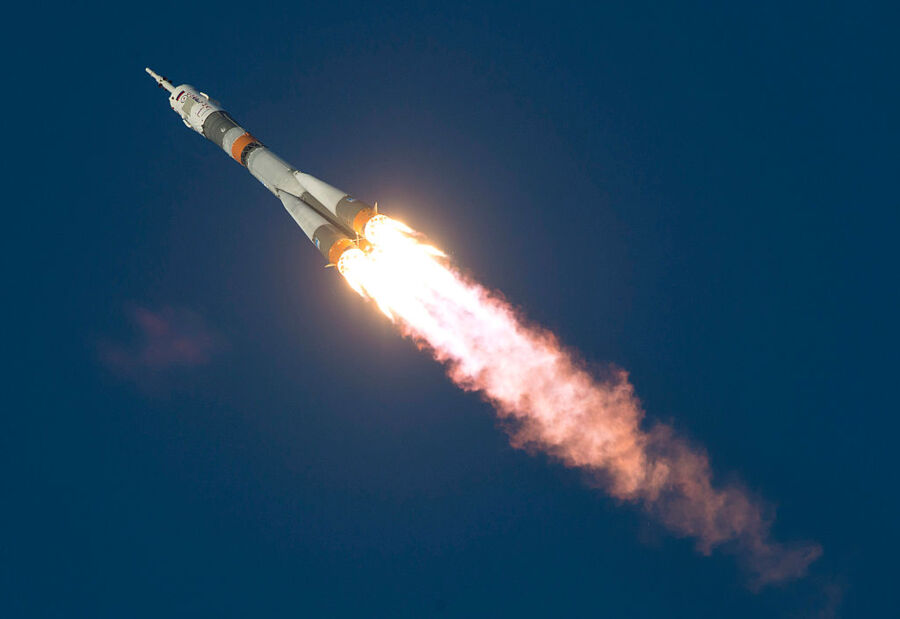 Williams made it home for $70 million of Uncle Sam's money, but that's quickly going to look like a bargain, since a seat on Soyun is expected to cost $81 million by 2018. That's a lot more than what private American space travel company SpaceX charges, which comes to about $58 million per seat, but the Soyuz craft has a proven record of safety, especially striking, following the recent SpaceX rocket explosion disaster.

That $70 million seat wasn't exactly a first-class accommodation, though. Not only did Williams have to share the capsule with cosmonauts Alexey Ovchinin and Oleg Skripochka, but he was also surrounded by various pieces of cargo and equipment in a tight, cramped module. But the important thing is he made it home, holding the US record for time spent in orbit in the bargain. And don't forget, they paid him for it, too.