How much does a musician make? The earning power of musicians varies because of the wide variety of jobs available for musicians. Musicians play music, compose music or sing. Musicians can perform solo or as part of a group, in movies or on television, as part of a band, orchestra or other type of musical group. Musical performers entertain on television, in movies, video, radio and other mediums. Musicians who play instruments often spend time in local gigs for pay or traveling across the country in a band. Time spent practicing music is part of the job of a paid musician. 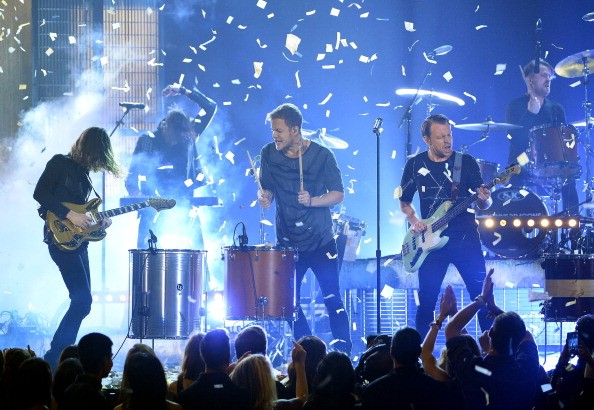 How much does a musician make? Ethan Miller/Getty Images

Competition for musical jobs is high. The rate of earnings can be lower due to the number of talented musicians vying for paying music jobs. Few musicians or singers earn enough money to support themselves and must work a second job to make a living. Musicians deal with rejection from job auditions, night time work and weekend work, making this profession a difficult one where people often fail to succeed. Some musicians supplement their professional music income by teaching music in school or private settings.

According to a Bureau of Labor Statistics report in May of 2008, musicians, music directors, composers, singers, and other related workers held 240,000 paying music jobs in 2008. The outlook for musicians shows the number of jobs will grow as fast as average in other occupations through 2018. High levels of competition for musician jobs, particularly full-time jobs, is expected to continue. Musicians who are skilled at playing multiple instruments and music styles have the best future job prospects. Musicians employed in symphony orchestras generally have gainful work guaranteed through a season, up to 52 weeks a year. Often musicians may face long periods of unemployment between jobs, similar to the acting profession.

How much does a musician make an hour?

A report from the Bureau of Labor Statistics shows in May of 2008 that musicians earned an average hourly wage of $28.28.

How much does a musician make a year?