USA Today reports that four of the five US senators whose stock market transactions in the early days of the coronavirus pandemic are facing public scrutiny are now facing scrutiny from a more official source: the Justice Department. Senators Richard Burr, Kelly Loeffler, Jim Inhofe, and Dianne Feinstein are all being investigated over insider trading allegations after they and/or their spouses made suspicious stock market trades just before and after the market crashed in late February.

All four have denied any wrongdoing. Burr says that his trades, which were for somewhere in the range of $678,000 to $1.8 million, were based on news reporting about the coronavirus at the time and not on any information he received on the job in the Senate. Loeffler and Inhofe say that their trades (between $1.7 million-$4.5 million and $230,000-$500,000, respectively) were made by financial managers without any personal input from them, and Feinstein says that her between $1.5 million and $6 million in stock sales were made by her husband, whose finances are separate. 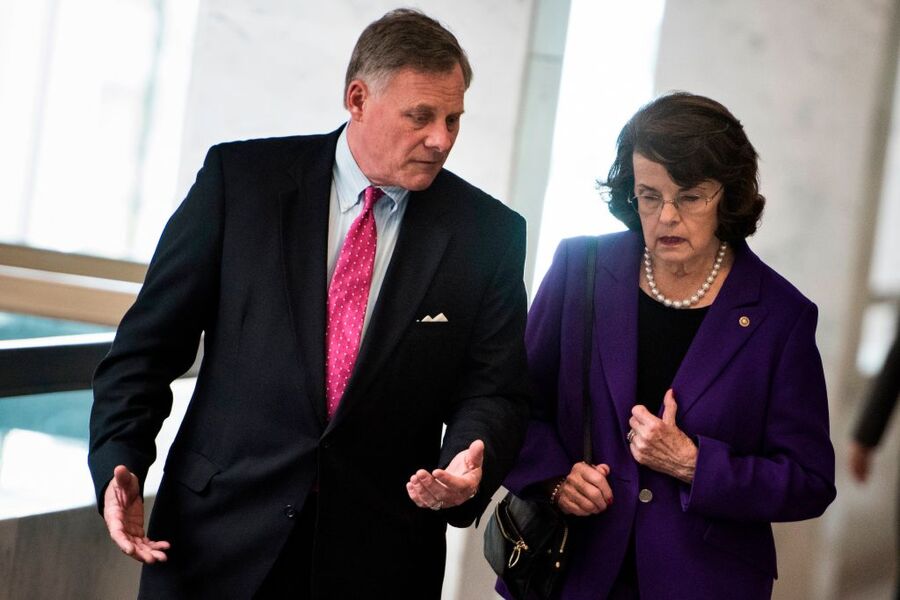 The Justice Department hasn't commented on any ongoing investigation, but the Securities and Exchange Commission did issue a broad statement of its own warning against using inside information to make stock market decisions, albeit one that doesn't specifically mention any of the above senators:

"Those with such access – directors, officers, employees, and consultants and other outside professionals – should be mindful of their obligations to keep this information confidential and to comply with the prohibitions on illegal securities trading…Trading in a company's securities on the basis of inside information may violate the anti-fraud provisions of the federal securities laws."

The investigation was reported by USA Today as information from a source "familiar with the matter," but it's not known what the timeline for it might be. In the meantime, all four lawmakers will have to deal with the political fallout of the allegations from their constituents as well as their fellow politicians.