How Much Has Sofia Vergara Made From Her Major Film Roles?

A Colombian-American model, businesswoman, comedian, TV host, producer, and of course, actress, Sofia Vergara is a force to be reckoned with. Most well-known for her work on the network Univision as well as her work on the show Modern Family, her film career has taken off in recent years. So, how much has she been making from her movie career? Well, let's find out…

A risque comedy directed, written by, and starring John Turturro, Sofia plays the supporting role of "Selima". Also starring Hollywood icons Woody Allen and Sharon Stone, the movie received mixed reviews but is fairly well-liked by those who are fans of the cast. Either way, Sofia received $175,000 for her role in the movie.

An action comedy starring Danny Trejo, Sofia Vergara plays the brothel-running mother of an undercover beauty pageant competitor. The film received mixed reviews as many were disappointed as asserted that it pales in comparison to its predecessor, Machete. Nevertheless, many still seemed to enjoy the film and Sofia received $200,000 for her part in the film.

A comedy-drama depicting a head chef, "Carl Casper" (played by John Favreau) who is fighting to assert his creative talents, Sofia plays "Inez", "Casper's" rich, estranged ex-wife. Receiving very positive reviews overall, this film did pretty well and Sofia made another $450,000 to boot. 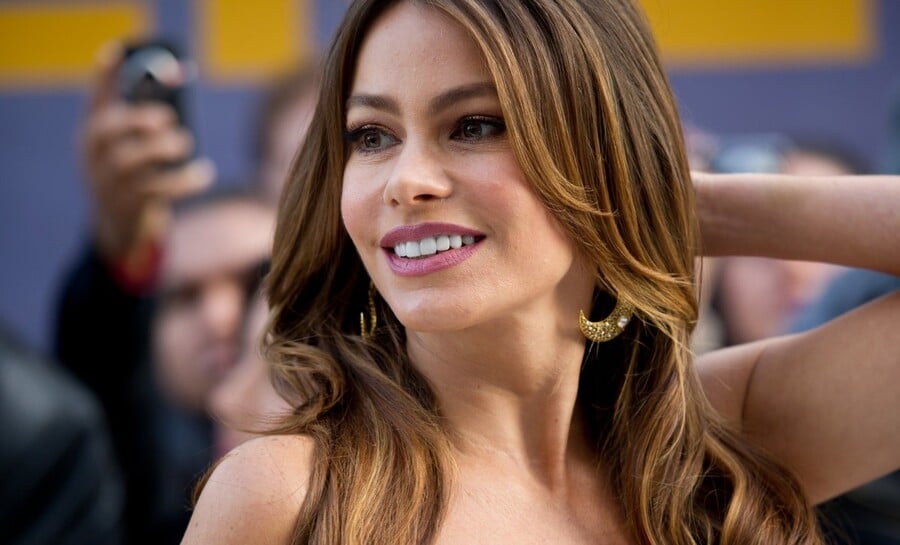 A crime-thriller about a gambling addict that takes on the job of a "chaperone" in order to support his addiction, this film is a remake of the 1986 Burt Reynolds classic, Heat. Sofia plays the supporting role of "Doris" aka "DD" and got $2.5 million for the part.

A female comedy film starring Reese Witherspoon and Sofia Vergara, Hot Pursuit was a hot topic amongst lady lovers everywhere. Although the beauty of the plot is said to be far inferior to the beauty of its leading ladies, Vergara took home $5.5 million for her role in the film.

Currently filming, the movie The Brits Are Coming is an American-Brittish heist comedy starring the likes of Uma Thurman, Tim Roth, and Alice Eve, among many others. Predicted to be a box office smash rivaling the genius Oceans franchise, although Sofia is said to have a supporting role, she still received $1.75 million for her part in the flick.

With an estimated net worth of $100 million and the $325,000 per episode she continues to receive for her role on Modern Family, it's doubtful that she'll be needing any dough anytime soon. The recipient of a slew of awards and accolades, this drama queen will undoubtedly have a seat at the cool table at all times in the foreseeable future.