How Much Does A PGA Tour Caddie Make?

When most people think of a caddie, they probably picture a lazy teenager on summer break sweating it out for tips from old rich men and women. Let's be honest, the first thing we all think of is Caddyshack. It's difficult to watch a single moment of golf on television without seeing a caddie, yet many golf fans have very little concept of what a caddie actually does during a given tournament. More importantly for Celebrity Net Worth fans, we have no idea how much money caddies get paid for their work on a professional level. Do PGA caddies earn a salary? Are they tipped like caddies at a high end country club? Do they take a percentage of a pro-golfer's earnings? Here's a quick breakdown of how the men behind the biggest names in golf bring home the bacon…

Caddies don't have an annual salary like most people do. The President of the Professional Caddies Association (PCA) recently told reporters that high end caddies typically earn a base weekly salary of somewhere between $1,000-$1,500. Again, caddies negotiate this deal with the golfer on a case by case basis. Some could make more. Some could make less. The average PGA Tour player plays between 20-30 events per year, so it would make sense to assume that the average salary would range from $20,000-$45,000. 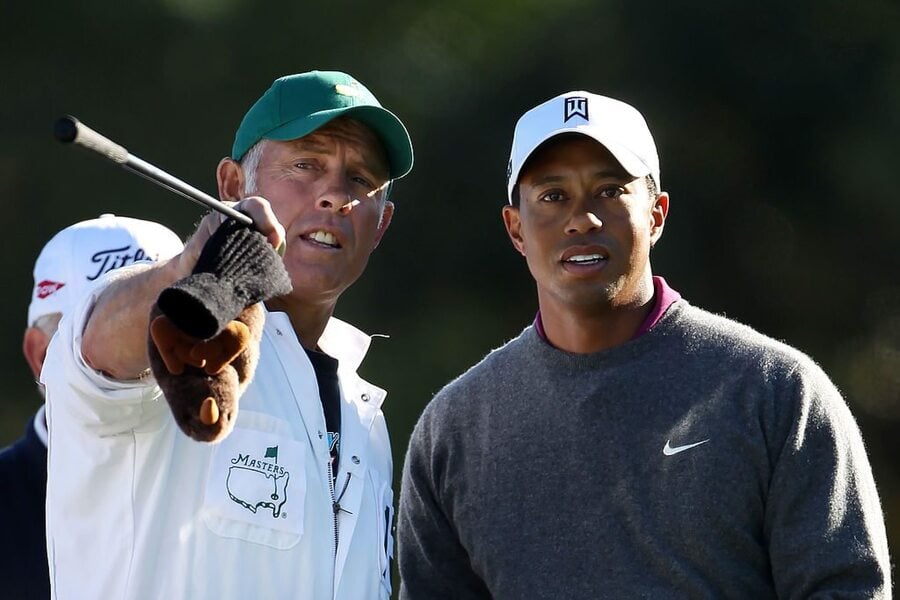 Using the 2013 PGA Tour Money List, the minimum Tiger Woods' caddie would have received was $427,671. Because Tiger won five times in 2013, it's reasonable to assume the caddie made far more.

Golfers can also receive bonuses or gifts for a good year. Tiger Woods reportedly gave his caddie, Steve Williams, a Ford GT after winning at Doral in 2005 and earned more than $1 million annually during Tiger's prime. Today, thanks to his run with Tiger, Steve Williams is personally worth $20 million. That's a heck of a lot more than many golfers actually have in the bank!

And of course there's the story of Jordan Spieth's caddie who just a few years ago was a middle school math teacher making $55,000 per year. In his time working as Spieth's caddie, he has made $5 million!

While the path to a six-figure salary is clear for caddies, there are also traps along the path. Caddies operate as independent contractors. This means they negotiate their deals directly with the golfer. While the newly formed Association of Professional Tour Caddies is trying to work with the PGA Tour for better healthcare and retirement benefits, the caddie is kind of like his/her own one-person business. The income listed above doesn't include a government cut, social security, or health insurance deductions. There certainly isn't a pension.

There's also the issue of travel. Caddies often foot the bill for getting to a tournament. 20 years ago, most PGA Tour events were within driving distance, but as the game has exploded in global popularity, many of the world's best golfers play in 5-10 different countries per year, not to mention an early tour stop in Hawaii. With fuel, lodging and entertainment prices rising, the cash cow can have some spots.

Caddies often work seven days a week, walking the course looking for the slightest advantage for their golfer/boss. The hard work offers plenty of reward if things go right, and not much security if things go wrong. Still, it's easy to see why so many seek so few opportunities to carry someone's bag on a Sunday.

Oh and one more small piece of interesting trivia: The richest person at the 2014 US Open was a caddie. One of the caddies was actually a billionaire. That happened because one of the qualifiers chose his father Scott McNealy to be his caddie. McNealy was one of the founders of Sun Microsystems and has a personal net worth of $1 billion dollars 🙂