How Much Money Has Will Smith Made From His Films… So Far?

One of the most notorious rapper-turned-actor icons in history, Will Smith, is kind of a big deal. With a slew of hit records and box office smashes under his belt, Smith has become known as one of the most talented, and highly paid actors of our age. That being said, have you ever stopped to wonder exactly how much all of these movies have made him? Taking an overview of his past roles in films, we can certainly make an educated approximation. However, be forewarned, the results may surprise you!

Just starting out, the budding actor earned less for his first 3 movies combined, than he did once he started to become a household name highly revered for his acting chops. Receiving just $50,000 for his first film, Where the Day Takes You, $100,000 for Made in America, as well as $500,000 for his role in the social commentary of sorts, Six Degrees of Separation, Smith certainly endured some relatively humble beginnings.

Graduating into the millions with his feature role in the movie Bad Boys, in which he starred opposite comedic heavyweight, Martin Lawrence, his career experienced a serious change for the better in 1995. The film was opened to critical acclaim and the star took home his first million dollar paycheck. Well, $2 million to be exact.

Following this movie, his career consisted of a steady climb in terms of his income and the grandiosity of his roles. Earning $5 million for the otherworldly films Indepence Day and Men in Black. However, the artist reached a momentary spike in 1998 with his role in the thriller, Enemy of the State. Earning $14 million for this career defining role, his next 2 films, Wild Wild West and The Legend of Bagger Vance earned a modest $7 million and $10 million respectively. 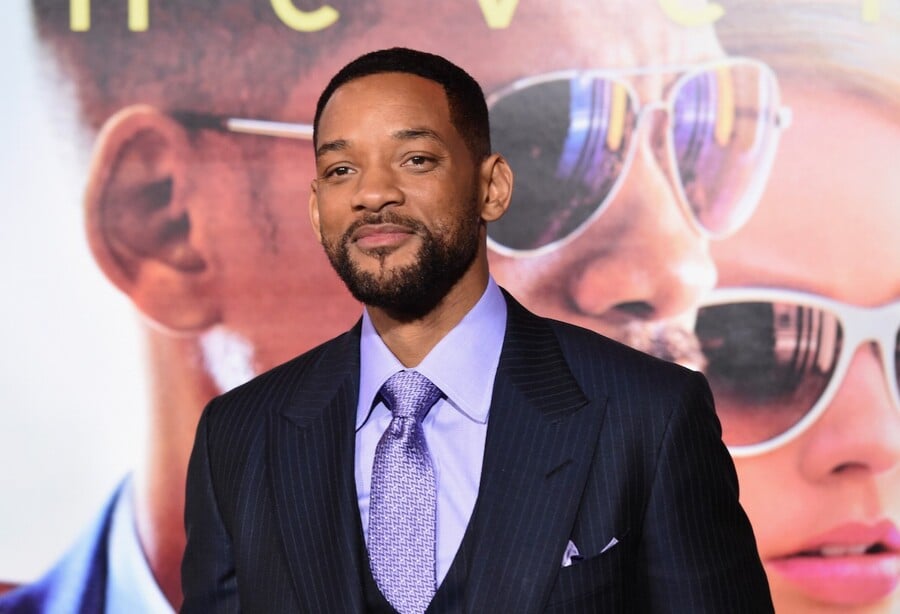 It's a fairly well-known fact that the mogul hasn't made under $20 million for a starring role since prior to his role in the infamous biopic, Ali. Also on the $20 million list are the films Men In Black II (plus 10% gross), Bad Boys II (plus 20% gross), The Pursuit of Happyness, Hitch, as well as Men In Black III. However, the actor did see a temporary spike with his role in the futuristic film, iRobot, earning $28 million for his stellar job in the action-packed film.

Furthermore, with an unknown take from his voiceover work in the animated film, Shark Tale, as well as his latest series of comeback films, Focus, Suicide Squad, and Concussion, it is quite possible that the actor, rapper, and writer will have a number of other films to add to the $20 million category. Nevertheless, from his past movies alone, the actor has netted approximately $191,650,000 (without calculating the additional multi-millions he made from the gross percentages he was also compensated with for certain films)!

Either way, even though his latest movies haven't been performing to the level of films in his heyday, don't count this mogul out yet. With the budding careers of his offsprings Trey, Jaden, Willow, as well as his long-lasting marriage to the highly talented actress Jada Pinkett-Smith, it doesn't seem that his net worth of $260 million will be dwindling any time soon.