How Much Money Has Tiger Woods Earned On And Off The Course During His Career So Far?

Tiger Woods is having a very rough time on the golf course. Just yesterday, he withdrew from the Farmers Insurance Open, a course he used to DOMINATE, after playing only 11 holes. Tiger blamed the withdrawal on "deactivated glutes," which were causing pain in his previously injured lower back. This is just the latest example of Tiger's struggle to perform on the course. Out of his last nine PGA tournaments, Tiger has withdrawn from three of them. And for another three, he simply missed the cut. In the three tournaments for which he qualified and did complete, he finished in 17th, 25th, and 69th place, respectively. Last week, Tiger had the worst round of his professional career. Last month, he finished dead last on a course that many players consider easy. Bottom line: Tiger's game is in the toilet. Yet despite these on-course struggles, his off-course earning power is still somehow very strong! 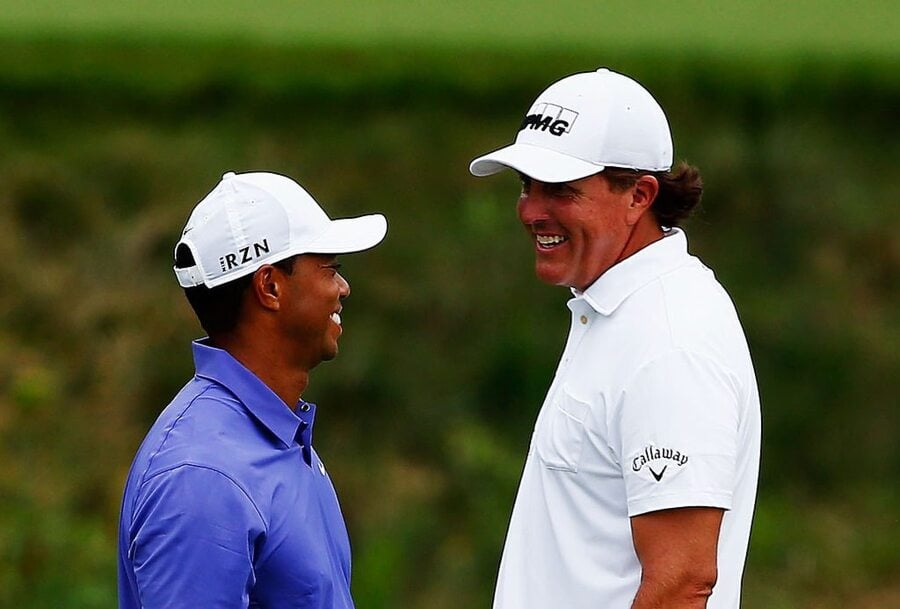 And while $55 million may sound like A TON of money, before injuries and personal scandals took over Tiger's life, he was known to bring home significantly more money every year. In the years directly before his infidelity scandal, Tiger earned $121.9 million, $117.3 million and $122.7 million. In those peak years, Tiger earned $100 million from endorsements. Twice as much as he currently earns. His on-course earnings have always fluctuated, but $610,000 is the lowest amount in his 18-year career. 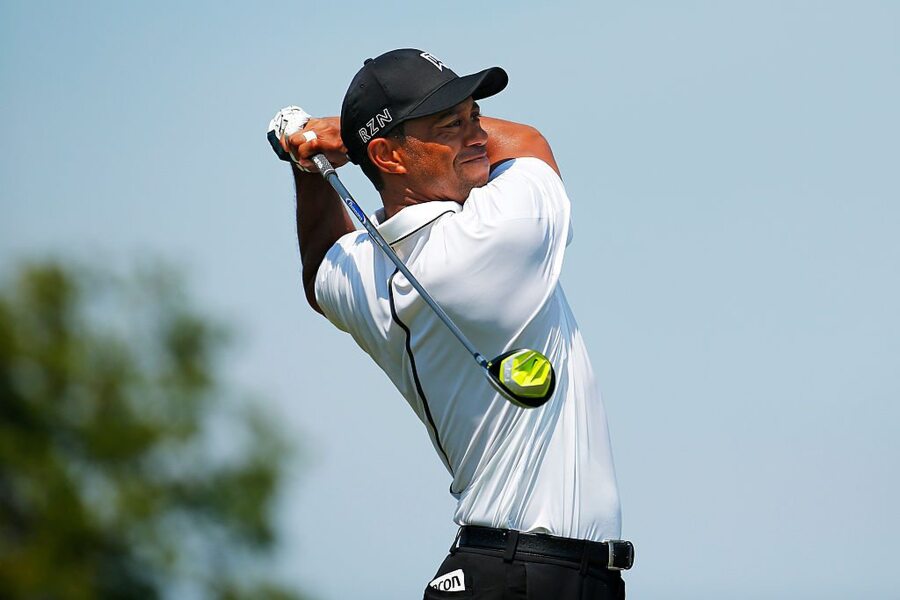 In terms of prize money, Tiger is still the leader with total tournament winnings of $109.6 million. Phil Mickelson isn't too far behind at $75.3 million. If Tiger's game stays this bad, or if he just flat out retires, you could conceivably see Phil surpass Tiger on this list in the near future. That would have sounded like an absolute science fiction fantasy just a few years ago.

Breakdown of Tiger's Total Career Earnings between 1996 an 2014 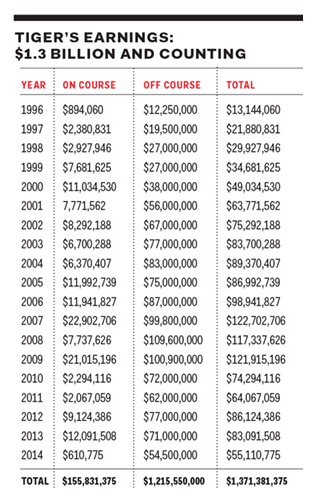