How Much Money Has Roger Goodell Earned As NFL Commissioner?

Based on what Roger Goodell has had to live through over the last couple weeks, you couldn't pay me to be Commissioner of the NFL. The guy can't seem to go a day without being caught up in a tornado of controversy and personal criticisms. He might be the most hated person in sports right now. Even more hated that Ray Rice or Adrian Peterson. And one of those guys knocked his girlfriend out cold in an elevator, and the other beat his four year old with a tree branch! A day does not go by without a sports commentator, news broadcaster, comedian, politician and even current NFL players, calling for Roger to resign or get fired. A recent Sports Illustrated poll found that 40% of NFL fans think that Goodell should be fired. Just yesterday, ESPN suspended sports writer Bill Simmons after he went on scathing anti-Goodell podcast rant. So yeah, I don't know anyone on earth who would ever want to trade places with Roger Goodell right now. Wait… He makes how much money?

OK, I take it all back. Fire up the magic body-switching machine and put me in coach! 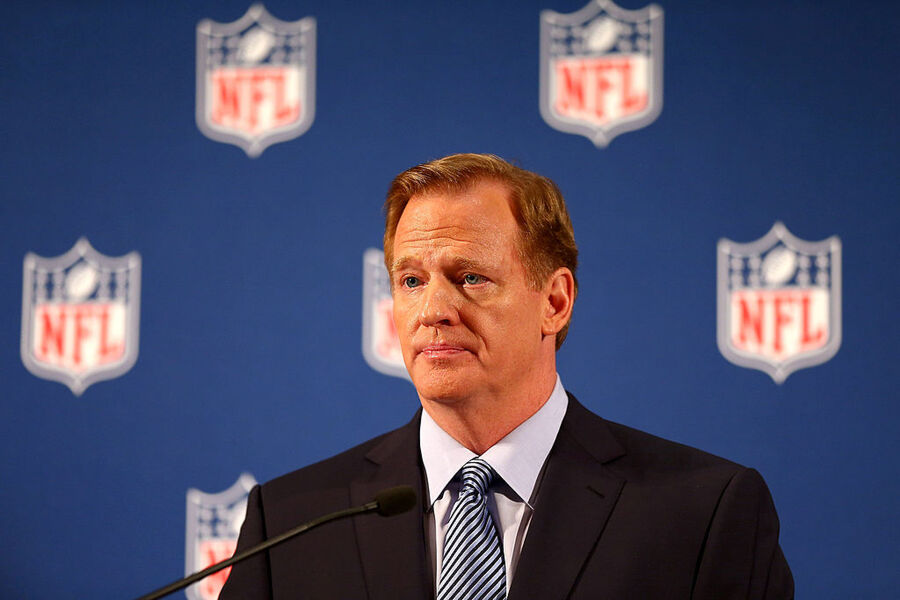 In the seven years that Roger Goodell has been commissioner of the NFL, he has been paid $123 million. Last year alone he earned $44.2 million. His 2013 base salary was $7.2 million and his bonus was $37 million. To give you some perspective on just how insanely well-paid Roger Goodell is, consider this: If Roger was a player, he would be one of the highest paid people in NFL history. During the seven years he has been Commissioner, Roger Goodell made more money than every other NFL player. In the entire history of the NFL, only Peyton Manning, Tom Brady, Eli Manning, Drew Brees and Julius Peppers have earned more than $123 million on the field during their entire careers. And each of these mega-earners required at least 11 seasons to break that $123 million mark. Here is Roger Goodell's salary history:

So what do you think? Would you trade places with Roger Goodell if it meant you would earn $44 million a year?

By the way, in case you are interested, here is the full transcript of Bill Simmons' podcast rant from yesterday that got him suspended from ESPN for three weeks:

"I just think not enough is being made out of the fact that they knew about the tape and they knew what was on it. Goodell, if he didn't know what was on that tape, he's a liar. I'm just saying it. He is lying. I think that dude is lying. If you put him up on a lie detector test that guy would fail. For all these people to pretend they didn't know is such fucking bullshit. It really is — it's such fucking bullshit-. And for him to go in that press conference and pretend otherwise, I was so insulted. I really was.

The best point that a lot of people have made about this is this is exactly why he fined and suspended Sean Payton for a season for Bountygate. Sean Payton was like, 'I didn't know.' Goodell was like, 'Well ignorance is not an excuse' and suspended him for a year. This is the same exact situation and it's worse, because he knew and he's a liar.

I really hope somebody calls me or emails me and says I'm in trouble for anything I say about Roger Goodell. Because if one person says that to me, I'm going public. You leave me alone. The commissioner's a liar and I get to talk about that on my podcast … Please, call me and say I'm in trouble. I dare you."