How Much Money Does A Member Of Congress Make?

A job in the government is usually best described as "cushy." Sure, the president doesn't make nearly as much as most professional athletes, but at $400,000 a year plus some very cool benefits, it's still not a bad chunk of change to lead the free world.

But what about the rest of Congress? The 538 men and women who represent our nation's voters, simultaneously trying to balance what's best for the country and best for their district and state.

Turns out, they make less than many doctors, lawyers and businessmen. As of 2009, the annual salary for a member of Congress is $174,000. They get standard benefits included with that pay. There are also automatic pay raises based on an increase in cost of living expenses. The craziest part? According to the Constitution, members of the House of Representatives and the Senate get to choose their own pay! They haven't given themselves a pay raise since 2009, but the possibility is always there. Members can also choose to opt out of a pay raise individually. 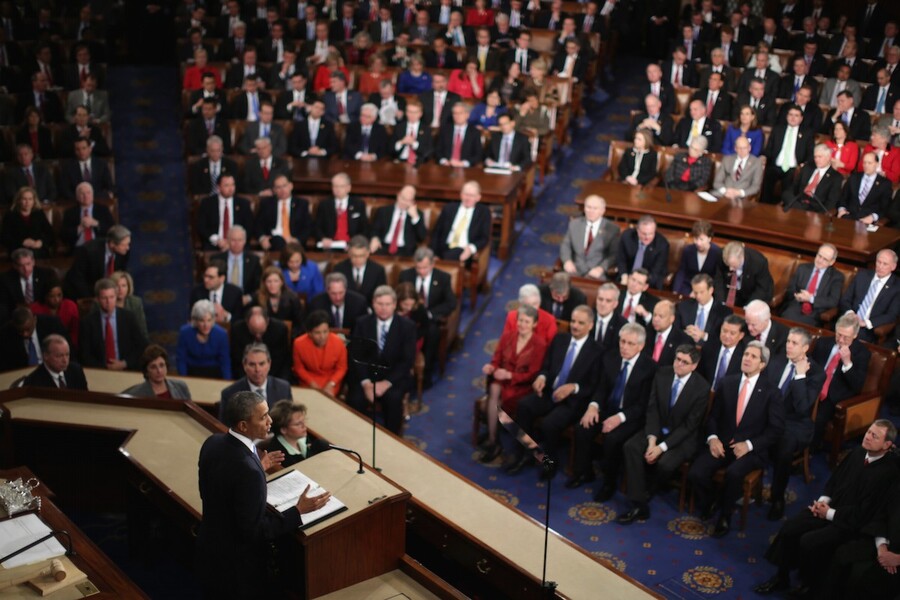 On top of their base salaries, congressional members can earn additional outside income for "gainful activities." This can be most businesses outside of their congressional work – so, let's say a senator owns a microbrewery on the side. He could make extra money from that. But there's a catch: he can't earn more than 15% of his annual rate of congressional base pay.

For this extra income, there are a few exceptions, namely, the congressional member can't earn money from fiduciary relationships (managing money or assets of others), which could sway votes or cause the appearance of a conflict of interest. That includes accepting honorary payments for giving speeches. And there's no teaching allowed either, unless approved by the Senate Select or the House Committee on Standards of Official Conduct.

Members of the U.S. Senate and House can receive health insurance through the Federal Employees Health Benefits, and can participate in life, dental and vision plans. And they may get the occasional perk, too, like discounts at the grocery store or a free haircut. Try saying you're a member of the House on your next visit to the barber – it might pay off!

Another benefit is that members of Congress are allowed to deduct up to $3,000 of living expenses every year on their federal income tax. This is done anytime they're away from their home states, because the cost of living in Washington D.C. is so much higher than most other districts. And as an extra bonus, they receive allowances to meet costs for staff, office expenses and mail.

Of course, getting promoted to various higher positions results in a higher salary, too. The President Pro Tempore of the Senate makes $193,400, as do the majority and minority leaders of the House and Senate. Vice President Joe Biden currently makes $233,000 a year, plus benefits. And he gets to break any ties in the House or Senate floor votes. Nice bonus!

Curiously, the two most lucrative periods for Congressional members came while Lyndon B. Johnson was serving as president. In 1965, Congress' annual salary was $30,000. Adjusted for inflation and the relative value of goods and services of the time, that would be $222,206 today.