How Much Money Has Madonna Made From Touring?

One of the most successful pop icons of this age, Madonna remains a highly controversial figure in the music industry. From her lesbian lip locks with Britney Spears and Christina Aguilera to her recent cross-cultural/generational kiss with Drake, this lady sure knows how to put on a show. Arguably one of the most sexually charged performers in recent history, her live shows are always a memorable experience, to say the very least. That being said, how much has Madonna made from touring? You're about to find out!

Like a virgin to the music industry, this tour helped Madonna solidify that she was here to stay. Carried by her notoriously sexually suggestive moves coupled with her all-white wedding gown, this tour grossed $5 millionand made the starlet a household name.

Her second tour, in promotion of her third studio album, "True Blue," this was the artist's first official world tour. Although the film of the same name was a box office flop, the tour was an epic success to the tune of $25 million!

The third concert tour by the singer/songwriter, this tour was launched in support of her fourth and arguably the most controversial album Like A Prayer, as well as the soundtrack I'm Breathless. Nevertheless, clearly the tour gave new life to her fans. Continuing to top herself, this tour grossed $55 million in ticket sales.

Her fourth tour, in support of her fifth and perhaps most risque album, Erotica, was inspired by a pin-up style painting of the same name by artist Ed Harper. With an outrageously provocative stage show, the artist delivers the goods yet again. The tour saw profits totaling $70 million.

Her fifth concert tour, this tour was crafted in order to help promote her seventh and eighth studio album, Ray of Light and Music. A comeback tour of sorts, this was the artist's first tour in eight years. Definitely not any less well received, her supporters gave her a warm "welcome back" to the tune of $75 million. 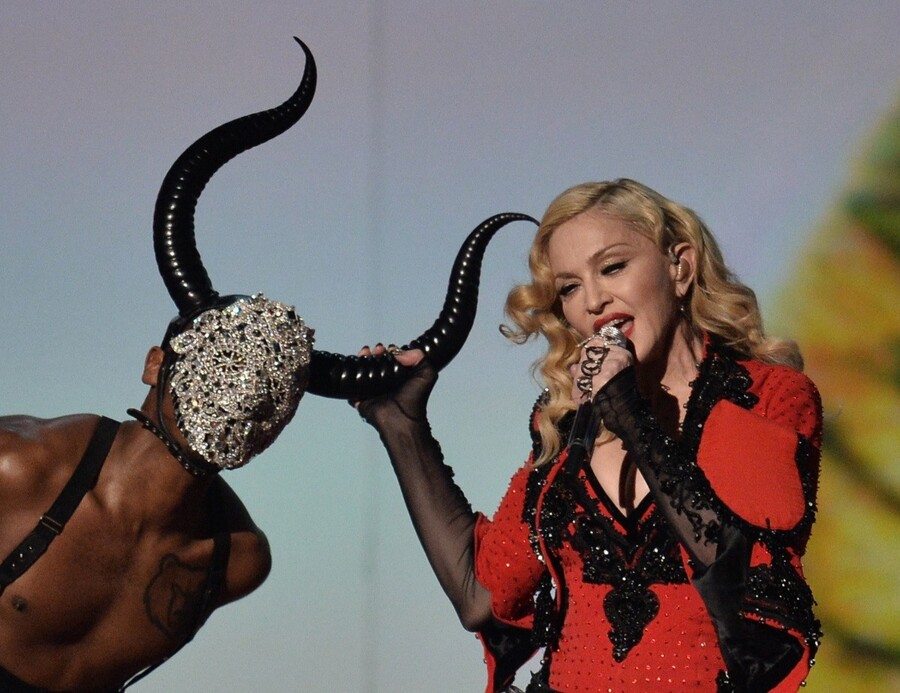 This was the artist's sixth tour and served as a promotion of her ninth studio album, American Life, this tour was set majorly in North America and parts of Europe. A very avant-garde show for the artist, she once again managed to create a new sound and new, artsy accompanying visual to boot! An impressive effort by the starlet, the tour grossed $125 million!

Her seventh tour, in support of her tenth studio album, this horse, bondage, glam-punk, and disco-themed show revealed a totally new side of Madonna to the world. Very telling and well-received, the one thing that wasn't kept secret about this tour is its massive sales; $192.7 million from ticket sales to be exact.

The artist's eighth tour, this tour was crafted in support of her eleventh studio album, Hard Candy. A new beginning for the starlet, this was her first tour after signing her new recording and business deal with Live Nation. Described by the artist as a "rock driven dancetastic journey" according to People Magazine. This tour grossed $282 million after its first leg and eventually went on to gross $408 million world wide!

Her ninth and most recent tour, this tour focused on the material from her twelfth studio album, MDNA. Proving she still has it, this was her highest grossing touring to date, raking in $305 million!

With over $1,261 billion in touring revenue, it's no shocker that this pop icon is now worth $800 million! With a perpetual trick up her sleeve, timeless sex appeal, and an endlessly loyal fan base, it'll be interesting to see how this artist will top herself next.