How Much Has Johnny Depp Made From His Acting Career… So Far?

By Venus Lockett on September 9, 2015 in Articles › How Much Does

An A-list actor with a laundry list of acting credits, Johnny Depp is the epitome of longevity in Hollywood. A character chameleon, Depp has a proven ability to capture the true essence of roles in a way that complements each character's traits, while making them uniquely his own. That said, how much money have his many talents been worth over the years? What a great query!

It is a fairly well-known fact that Mr. Depp has a long, varied acting history. It officially began in 1984, with his appearance in the now classic horror film, A Nightmare on Elm Street. A small role in a huge film, Depp received $25,000 for his work in the movie. Next, the actor scored a role in the star-studded film, Platoon, in which he starred alongside the likes of Charlie Sheen and Tom Berenger. He also received a pretty decent paycheck (for a newbie); the appearance earned him $40,000.

Following that, Depp landed his first, and oddly last, television series appearance. This time playing the character of the police force heartthrob, "Tommy Hanson." He appeared on the show from 1987-1990. At $45,000 per episode, the actor raked in approximately $3,645,000 for the 81 episodes in which he appeared!

Scissorhands and Beyond (The Early Millions)

One of his most celebrated roles to date, Edward Scissorhands (1990) helped solidify Depp as a character guru of sorts. Officially in the big leagues, the actor scored his biggest paycheck yet, at $1.5 million. However, his next couple films didn't yield such great results. His roles in 1993's What's Eating Gilbert Grape and 1994's Ed Wood earned the actor $500,000 and $750,000 respectively.

Luckily, the actor was able to redeem himself. The 1995 movie Nick of Time, 1997's Donny Brasco, and 1999's Sleepy Hollow each paid him $5 million a pop! However, he did accept a slightly lesser role in 1998's Fear and Loathing in Las Vegas, which paid him a mere $500,000. Either way, things worked out for him, his appearance in the film Blow (2001) would be his last physical role paying less than double digit millions; $4 million to be exact.

As we've mentioned, his role in the film Blow, in which he starred alongside actress Penelope Cruz, was a turning point for the actor. His next film in 2003, Pirates of the Caribbean: The Curse of the Black Pearl marked yet another monumental character brought to life by Depp… and he got $10 million for the part to boot! 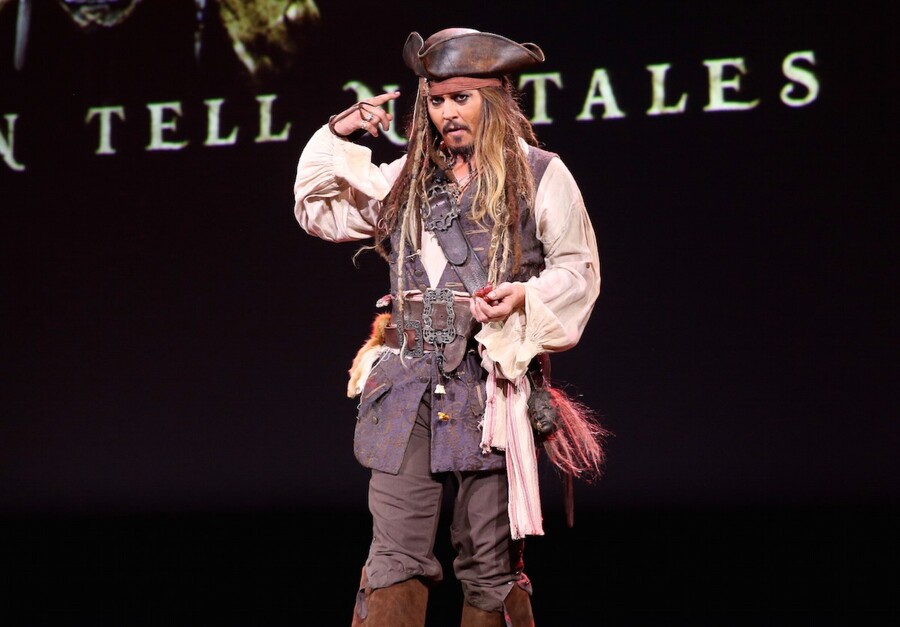 Following that, his next role was in an interesting remake of the classic film, Charlie and the Chocolate Factory (2005). Although the reviews of the film were mixed (the original being a classic that many believed should've been left alone), the actor managed to do the part justice and even scored $18 million in the process! Next, Depp once again assumed the role of "Captain Jack" for 2006's Pirates of the Caribbean: Dead Man's Chest, for $20 million.

2007 saw the birth of Sweeney Todd: The Demon Barber of Fleet Street, which paid the actor $10 million. He also revisited his "Captain Jack" role, earning between $20-$30 million for Pirates of the Caribbean: At World's End.

After a 3-year hiatus, he once again returned to the silver screen. This time for a remake of the classic book and film, Alice in Wonderland, as the role of who else? The Mad Hatter, of course! He absolutely slayed the role and even got a whopping $50 million to do so! What's more, later that year, he took on a role in the romantic-comedy-thriller The Tourist, in which he starred opposite the gorgeous Angelina Jolie and even netted $20 million for the role!

2011 was a pretty busy year for the actor. He was paid $7.5 million for his voice-over work in the animated gem Rango, an impressive $55.5 million for the next installment of the Pirates series: Pirates of the Caribbean: On Stranger Tides, as well as $15 million for his work in The Rum Diary.

In 2013, Johnny Depp once again proved that his body houses a million characters, when he suited up to play a Native American known as "Tonto," in the remake of the movie The Lone Ranger, to the tune of $20 million. However, in 2014 the actor ditched the costumes to play "Dr. Will Caster" in the sci-fi thriller, Transcendence. The movie had mixed reviews but the $20 million he received likely padded the blows. Luckily, the makeup and costumes quickly returned as the actor suited up to play "Wolf" in the new age, epic interpretation of the old classic tale Little Red Riding Hood. An eerily eloquent character, Depp acted his way into another $15 million for the film.

His most recent release, the film Mortdecai tasked Depp with taking on the role of a shady aristocrat and part-time art dealer with money issues. This film placed him opposite the lovely Gwyneth Paltrow, and paid $18 million to top it all off.

Moreover, currently filming what may be his last Pirates film, Pirates of the Caribbean: Dead Men Tell No Tales will be out in 2017 and is rumored to be paying ole Captain Jack anywhere from $60 to $95 million for the role (though this is yet to be confirmed). At any rate, with over $32 million of non-residual earnings from his acting career and a net worth of a cool $400 million, it seems that the actor has long since struck gold and can abandon ship whenever he'd like.