How Much is that Doggie in the Window? $3 Million!!!

We all know people who love dogs, many of whom have paid money to get one. In fact as an industry, Dogs are big business, but the price typically paid for a dog doesn't seem to be outrageous. So why would someone pay over a million dollars for a dog, and what kind of dogs are selling for that kind of money?

It turns out, the breed of dog known as the Tibetan Mastiff, has become the world's most expensive dog. Tibetan Mastiffs are large guard dogs that originated from the Tibetan Plateau. These dogs are referred to as the "Divine Hounds of the Orient" and many Chinese believe that they are the fiercest dogs in the world. The mythology and the legend of these dogs have contributed to a strong cultural heritage. It is believed that reincarnated lamas would ride on the backs of Bull Mastiffs, and that Genghis Khan rode one when he conquered the West. 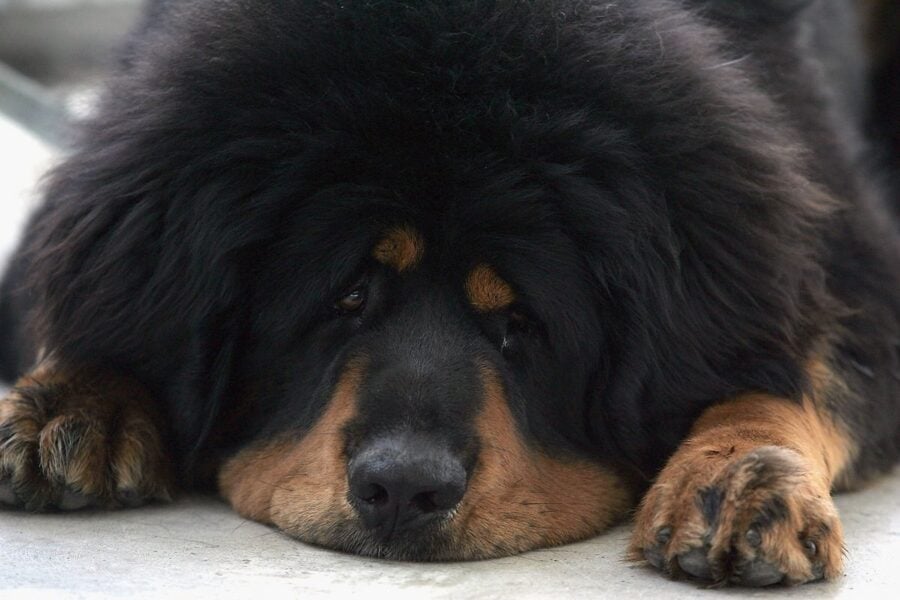 The latest craze for Tibetan Mastiffs started in 2005. The dogs are known for being good at interacting with humans, although they can be very uncooperative. They are also popular due to their loyalty and fierceness. Tibetan Mastiffs have even been used as a symbol of social status or a "living luxury product."

Hundreds of purebred Mastiffs are brought to other parts of China from Tibet in order to breed thousands of fully domesticated dogs.  The Tibetan Mastiff industry generates more than 300 million US dollars each year! Comparably, the Chinese music industry generates only about $30 million a year (USD), AKA only a tenth of the high priced dog industry in the country.

Recently, many of these dogs were on display and for sale at the Yi Du China Tibetan Mastiff Trade Show in Tianjin, China. To date, the most expensive Tibetan Mastiff is named "The Standard." The Standard is a male Mastiff that has a head that looks like a lion. He is said to be worth more than $3.3 million! Much of The Standard's value comes from his breeding as he has fathered more than 200 dogs in a single year through artificial insemination.

The Standard typically impregnates about 100 females a year, at a breeding fee of $25,000 a pop. If he continues to breed with 100 females, The Standard will bring in $2.5 million a year, which would make him well worth the investment of $3.3 million. A Tibetan Mastiff puppy recently broke a record for the most expensive dog ever purchased when it sold for $1.9 million. With no regulations for dog prices in China, who knows how out of control the Tibetan Mastiff market could get.