How much money do you have set aside for retirement? This is a question that might give a lot of people a jolt of anxiety. Someone who is 65 years old today and looking to retire with an annual income of $50,000, might need as much as $1 million to make that happen. That would assume the person lives 20 years, to the age of 85. But as we all know, it also wouldn't be unreasonable for this person to end up living 25 or 30 more years. The point is, we all really need to start saving money now. One of the best ways to do that is through an IRA or 410k. The 401k is especially awesome if you're lucky enough to have an employer that matches your contributions. Some encouraging news based on recent history:

If the next 30 years are anything like the previous 30 years, you have a really good chance of retiring a millionaire. Especially if you work for a company that matches your 401k contributions. How can I be so sure about that? Well, let's say you were 30 years old in 1980 and started contributing the maximum to a 401k every year. Let's also assume that your employer made a maximum matching contribution every year. If you simply invested this 401k into the S&P 500, by 2010 you would have over $4 million in your account. You'd be 60 years old with $4 million waiting to be spent on pina coladas and golf excursions around the world! 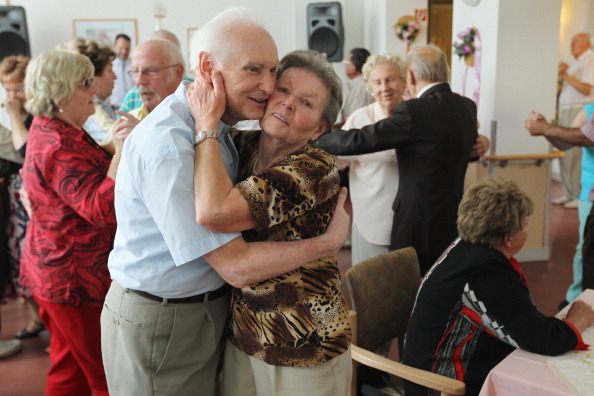 But wait a minute. During the 2012 election, you may remember hearing Mitt Romney admit that he had over $100 million in his retirement account. How did he do that? Considering the fact that the max individual annual contribution amount is $5,500, even with employee matching and the greatest stock market rally of all time, how did Mitt end up with $100 million? Well, it turns out, the IRS had basically the same question back in 2011. More specially, Uncle Sam wanted to know how a tiny handful of the absolute richest Americans were able to save an insanely staggering amount of money in their retirement accounts.

Back in 2011, United States Government Accountability Office (GAO) launched an ambitious project to study the status and activity of Individual Retirement Accounts (IRAs) in America. The overall purpose of the this multi-year project was to identify how much money was being saved by American individuals. The more specific purpose of the project was to identify any loopholes that might be costing Uncle Sam billions of dollars in potential tax revenue. The report, found that Uncle Sam loses out on around $17 billion dollars of potential tax revenues every year due to various tax-free retirement accounts. That's a lot of money that could be going to fixing roads, fighting drug lords, building schools, buying aircraft carriers, paying farmers to not grow corn. You know, typical government projects.

In order to compile their info, the GAO tapped directly into the IRS. So their findings are not guesstimates. It's the real deal info. And the results are very interesting. First off, the GAO found that 43 million Americans have some sort of IRA account with at least $1 invested. Secondly, the report found that total amount set aside by Americans in their retirement accounts is $5.2 trillion. Not surprisingly, 99% of Americans have less than $1 million set aside in these types of accounts. So far, these findings probably haven't exactly knocked your socks off. Believe it or not, this innocent-looking chart, that is found buried in the GAO's report, might change the status of your socks:

At first glance, the above chart doesn't seem very exciting or interesting. But believe me, there are some insane revelations hiding in plain sight right above. From this table we learn the following facts, please pay extra close attention to facts #5 and 6:

What the heck is going on??!! When the max contribution for most individuals in a traditional IRA is $5500 per year, how on earth does someone build up an IRA with tens of millions or even hundreds of millions of dollars? Who are these 314 millionaires and how on earth did they manage to put so much money aside for retirement?

The GAO's report was delivered to the Senate Finance committee where Senator Ron Wyden (Democrat from Oregon) is the Chairman, and gave the following explanation for how a retirement account could possibly have some much money in it:

"In many cases, they're sweetheart stock deals that most investors would never have access to. Executives buy stocks at a special, rock-bottom price – sometimes fractions of a penny per share – and use an IRA as a tax shelter. The stocks start out dirt cheap, but just like that they turn to gold, and the IRA shoots up in value. Wise investors have every right to use all the tools available to them, and no one should begrudge them their success. But IRAs were never intended to become tax shelters for millionaires – they're designed to help typical Americans save for retirement."

What does that mean in English? Ok so here's a real world possible example: In 1998, Mitt Romney's investment company Bain Capital purchased Dominos pizza for $1.1 billion. As part of the acquisition, Mitt may have personally received dirt-cheap equity in the newly formed company. That equity could have been parked in his SEP-IRA account. When Dominos went public six years later in 2004, those previously dirt-cheap shares would theoretically have been worth exponentially more money. And all that money would sit in the tax-free IRA account and could conceivably be used for new investments for many years to come. Assuming Mitt did this over and over, you can start to understand what's going on.

There is some good news. The majority of the money in Mitt's SEP IRA will eventually be taxed. The money is tax-deferred, but the IRS will get a cut when the money is finally accessed by Mitt or his heirs.

So what's the lesson here? If you take anything away from this article, please just understand how important it is to start saving for retirement now. If you play your cards right, with a little bit of luck, you could easily have millions of dollars in 30 years!