How Much Is The British Royal Family Worth?

The British royal family has just welcomed a new member: Kate and William had a baby boy on Monday. Suffice it to say, that kid will never have to wait tables or deliver pizzas to make a little extra cash. Queen Elizabeth II has a net worth of $600 million. Additionally, the monarchy pumps more than $2.5 million into the UK economy every year.

The taxpayers in the UK also support the royal family through a "sovereign grant" issued by the treasury. This year, that grant is $104.8 million, or less than a pound per British taxpayer. That doesn't sound so bad. After all, that won't even buy a latte or a candy bar.

American actress Meghan Markle is joining the royal family in May, when she marries Prince Harry. She's no slouch herself, she's bringing a net worth of $5 million to their marriage.

Let's take a deeper dive into how much the royal family is worth and how they've made their many millions.

The British treasury pays an amount known as the sovereign grant to the queen to cover the expenses Queen Elizabeth incurs as part of her official duties. Some of these expenses include travel, entertaining, and maintenance of the various castles and properties.

The grant is basically calculated as 15% of the annual profit of the Crown Estates. The amount doled out cannot be less than the year before, even if the Crown Estate has a bad year. It can be audited, as it was in 2015, when it was largely thought that the queen was making too much money.

The grant also jumped from 15% to 25% to pay for renovations on Buckingham Palace.

The sovereign grant money is tax-exempt. 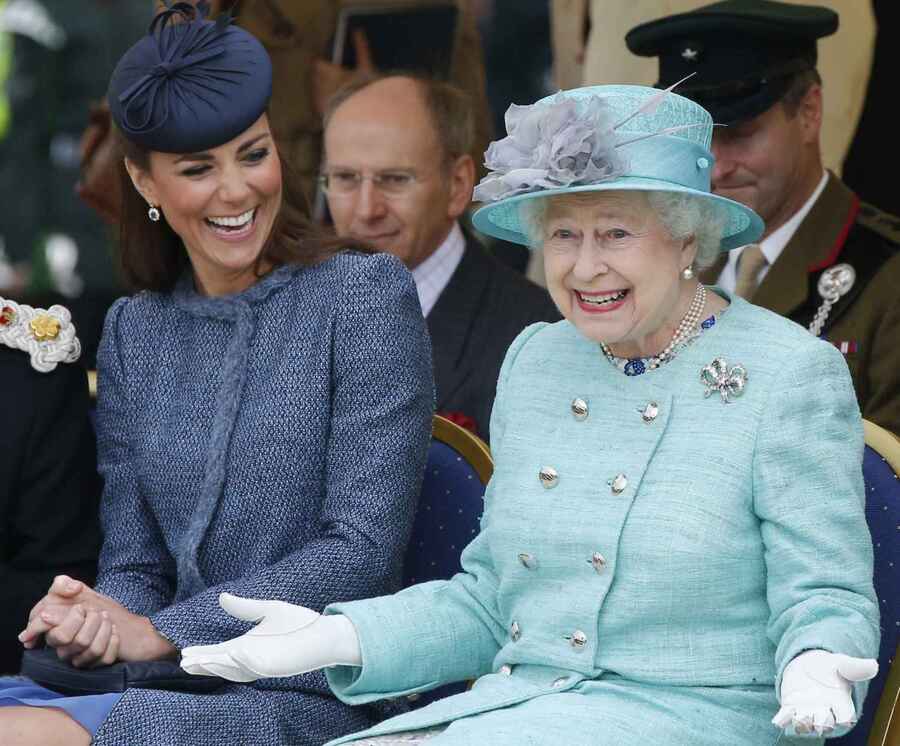 The Queen also has her own personal income. In fact, she paid income tax for the first time in 1992, after a fire damaged her favorite castle. Generally, she doesn't have to pay taxes on her $600 million net worth. That changed when Windsor Castle caught fire. The country was in a tizzy over who would pay for the damages. Queen Elizabeth began paying income tax. She was the first monarch to do so since the 1930s.

Queen Elizabeth does not own most of her many palaces. The Crown does. This includes the Crown Jewels. These are considered national treasures and part of the royal collection. The monarch is allowed to possess and use them during their reign. The royal collection includes paintings, furniture, tapestries, photographs and other items that are spread out amongst the royal residences. Buckingham Palace and Windsor Castle are also held in trust. They are there for the use of the reigning monarch but cannot be sold by them.

The queen and her son also have an income from two duchies that date back to the medieval age. Those duchies ended up in the Panama Papers leak. The Duchy of Lancaster is a private estate that was established for John of Gaunt, the son of King Edward III. The estate has been passed down from monarch to monarch since 1399. Income from this duchy is private income for Queen Elizabeth. The Panama Papers revealed that $12 million of the money from this duchy was invested in the Cayman Islands and Bermuda.

The Duchy of Cornwall is a 680-year-old duchy inherited by the eldest son of the reigning monarch. This duchy also was revealed to be investing profits offshore.

Both the Queen and Prince Charles came under fire for this, until an official pointed out that both royals voluntarily pay income tax, which ultimately benefits the country.