How Much Do The Biggest Stars In The NBA Actually Make?

Every offseason, NBA players sign huge contracts. Some of them stick with their current teams, while others jump ship in the hopes of winning a championship or being a star. All of them earn a ton of money.

But how much do they actually take home? Robert Raiola, Director of the Sports & Entertainment Group at PKF O'Connor Davies, partnered with ESPN to dissect the NBA's top ten highest-paid players by gross earnings.

Those big shiny contracts lose a bit of their luster when you factor in federal, state, and city taxes, agent fees (assumed at three percent for this exercise) and a maximum 401K contribution of $18,000. For players that live in a state that doesn't have an income tax, they're still paying "Jock Taxes" from games that are played in states that do have income taxes.

On top of all that, players receive 10 percent of their salary that was held in escrow from the previous season, but that portion is post-taxation. They lose 10 percent to escrow this upcoming season, which will be returned next offseason, provided owners pay the players the agreed upon 51 percent of Basketball Related Income (BRI).

Every player in the league will also receive $355,449 thanks to an additional $163.5 million that is needed to be given back to players after the escrow.

So, factoring all of that in, which players will actually make the most money this year? 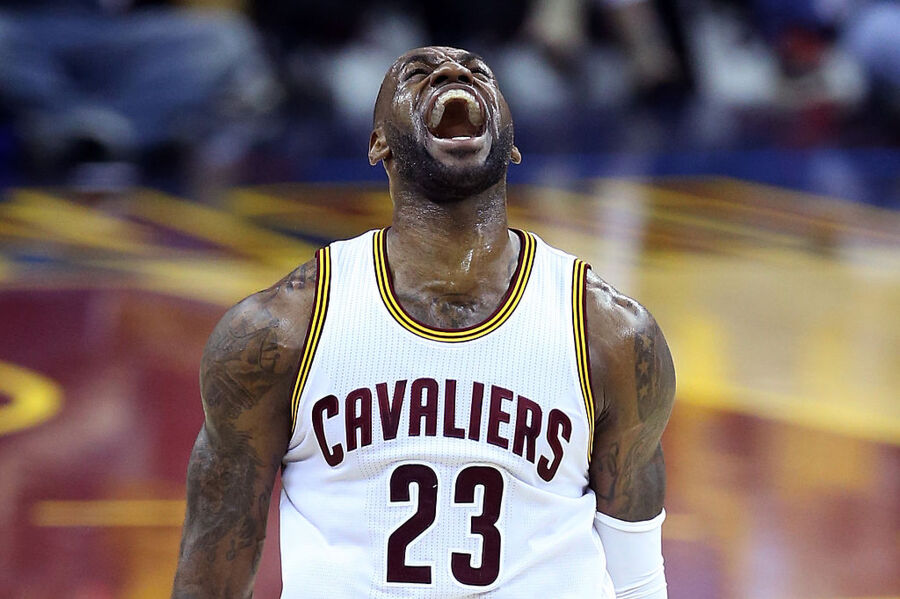 LeBron will gross about $33.3 million this year, but he'll have lost half of that by the time the season closes. He'll pay about $14 million in federal and state/city taxes this year. Next summer, he can re-sign with the Cavaliers for a max of around $207 million over five years, or he can max out with a new team for about $153 million.

Of course, on the court earnings are child's play compared to LeBron's other business ventures. He invested less than $1 million into Blaze Pizza a few years back – his equity is now at $35 million. He's producing hit shows like The Wall on NBC. He cashed out of Beats by Dre when they were purchased by Apple and made a cool $30 million. And on top of it all, he has a lifetime deal with Nike that could earn him $1 billion alone.

Millsap made just $2.1 million in his first three seasons in the league. His new contract with the Denver Nuggets will pay him more than $30 million this year. After all the deductions are made, Millsap will end up being the second-highest earner in the league. Not bad for a former second-round pick!

By gross salary, Curry will be the top earner in the league – he'll make just under $34.7 million next year. Unfortunately, he lives in California, so he gets hit hard by taxes. He'll keep only 44 percent of his salary; perhaps it's a fitting bit of irony, as Curry made just $44 million over the past four seasons. His new contract will give him an average of $40.2 million per year. Quite the upgrade for the two-time MVP. 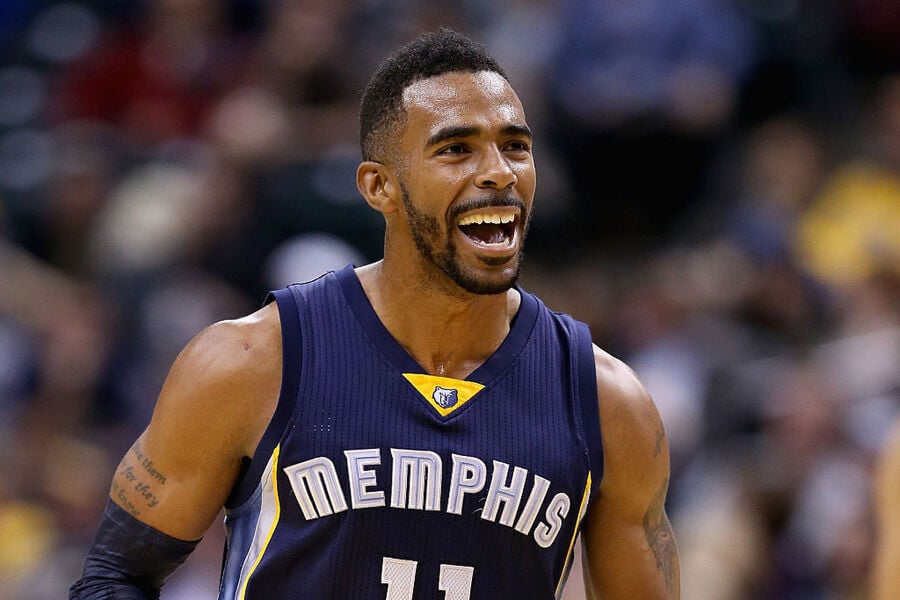 Last year, Conley signed the biggest contract in NBA history at four years, $153 million. That almost looks like chump change now. Conley will be the seventh-highest paid player this year, but thanks to Tennessee's lack of state income tax, he'll earn as much as Curry even though he's being paid $6 million less. The Grizzlies are hoping he can build on his career-high averages in points and three-point shooting.

How nice it is to live in Texas. Harden's city taxes are just under $624,000. Even better, Harden won't pay any state income taxes on additional earnings, like his $200 million deal with Adidas over the next ten years. Coupled with the $228 million remaining on his contract, Harden is sitting pretty – provided he stays put in the Lone Star State. 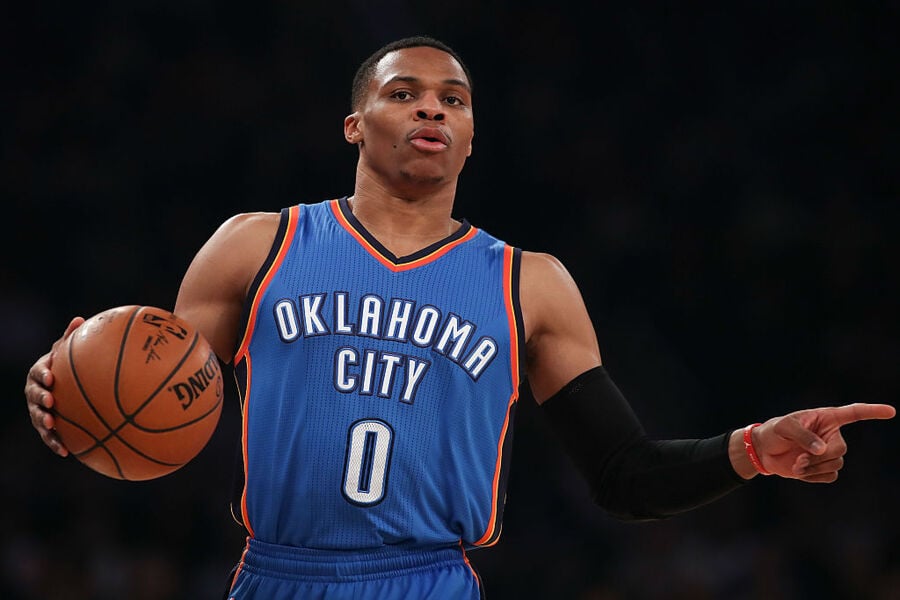 Westbrook pays modest taxes living in Oklahoma City, which would come in handy if he doesn't jump ship next off season. He could sign a five-year, $207 million deal by re-signing. However, Westbrook does already own property in Los Angeles – could he possibly wind up there instead?

Hayward is no stranger to being just a little bit off from perfection. His half-court heave was inches away from failing to win the 2010 NCAA championship, and his move to the Boston Celtics comes right when the state is proposing an amendment that will increase the tax rate from 4.5 to nine percent for people earning more than $1 million. Hayward signed a four-year, $128 million deal this summer, a deal that will look less appealing if the amendment comes to pass.

Hayward's teammate stands to suffer from the same problem if the Massachusetts state amendment passes, but he's still doing pretty well for himself. The big man is in the second year of a four-year, $113 million deal and right now, the Celtics look like the strongest threat to the Cleveland Cavaliers' domination in the Eastern Conference. 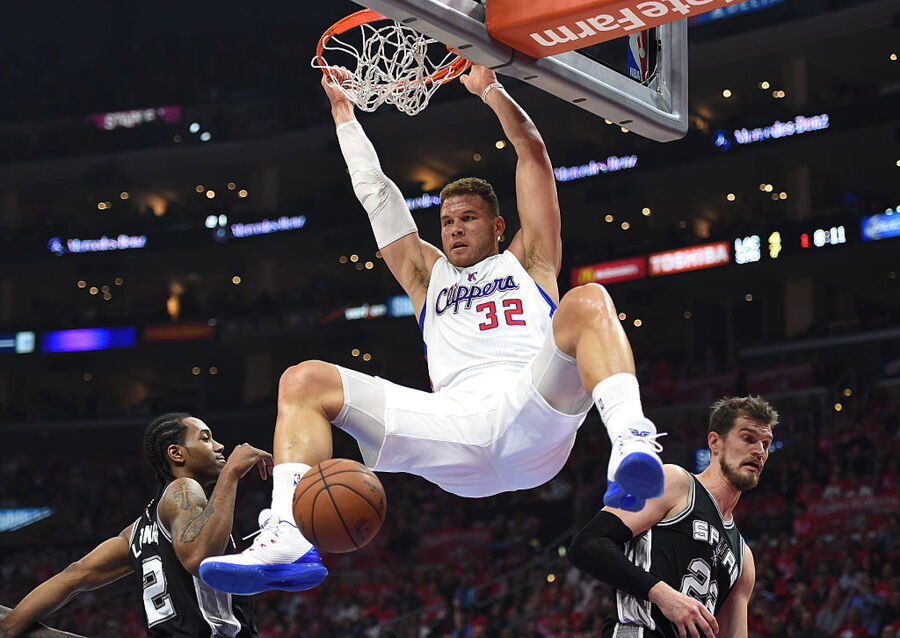 When Chris Paul left for the Rockets this off season, it looked like the Clippers might begin the rebuilding process. Instead, they doubled down on Griffin, re-signing him for $171 million over five years. The former No. 1 pick has suffered from injuries – sometimes self-inflicted from fighting equipment managers – but should still have several productive seasons ahead of him. Unfortunately, he'll lose a huge chunk of his money due to California's 13.3 percent state income tax.

In his first 11 years in the league, Lowry made $65 million. Over the next three, he'll earn at least $93 million. However, he gets hit harder by taxes than anyone else on this list. Canada's tax rate is more than 15 percent, though Lowry does receive a partial foreign tax credit for the games he plays in the United States.