Most Expensive Celebrity Weddings Of All Time

The average cost of an American wedding is a staggering $25,200. However, if you thought that price tag was expensive – think again. Celebrities throw way more money at their nuptials than mere regular people do. We're talking millions and millions of dollars for unions that don't last all that long. (We're looking at you Kim Kardashian and Kris Humphries – at least when Britney had her 55-hour marriage, she had the good sense to elope to Las Vegas.) Let's take a look at the 12 Most Expensive Celebrity Weddings.

When Brad Pitt and Jennifer Aniston got married in 2000 they were the most famous couple in the world at the time. So a $1 million price tag, as outrageous as that seems to most of us, really wasn't too bad. The bulk of the money was spent on Jennifer's dress, the 50,000 flowers the couple had at their ceremony and reception, and a fireworks display at the end of the night.

They divorced five years later. Helicopters swarmed above the wedding trying to get a photo of the couple.

Khloe and Lamar got married within a month of their first meeting and their lavish wedding was planned in just nine days. Go ahead and digest that. One million dollars was spent in a little over a week. The couple was married in Beverly Hills. The blushing bride wore a custom made (in nine days!) Vera Wang wedding gown.

Most of the budget of Madonna and Guy Ritchie's 2000 wedding went to Madonna's $80,000 Stella McCartney gown and the renting of an entire castle in Scotland for the ceremony.

Christina and Jordan rented out a private vineyard and hired a 14-piece orchestra for their 2005 wedding. Christina wore a designer gown and Christian Louboutin heels. By all accounts it was a heck of a party. The reception went on until 5:00 in the morning.

Tom Cruise and Katie Holmes, or TomKat as they were called, booked a 15th century Italian castle for their wedding. A-List guests treated to the expensive fireworks display at the reception included David and Victoria Beckham, Will and Jada Smith, and Jennifer Lopez. Katie's gown was a custom made Giorgio Armani. 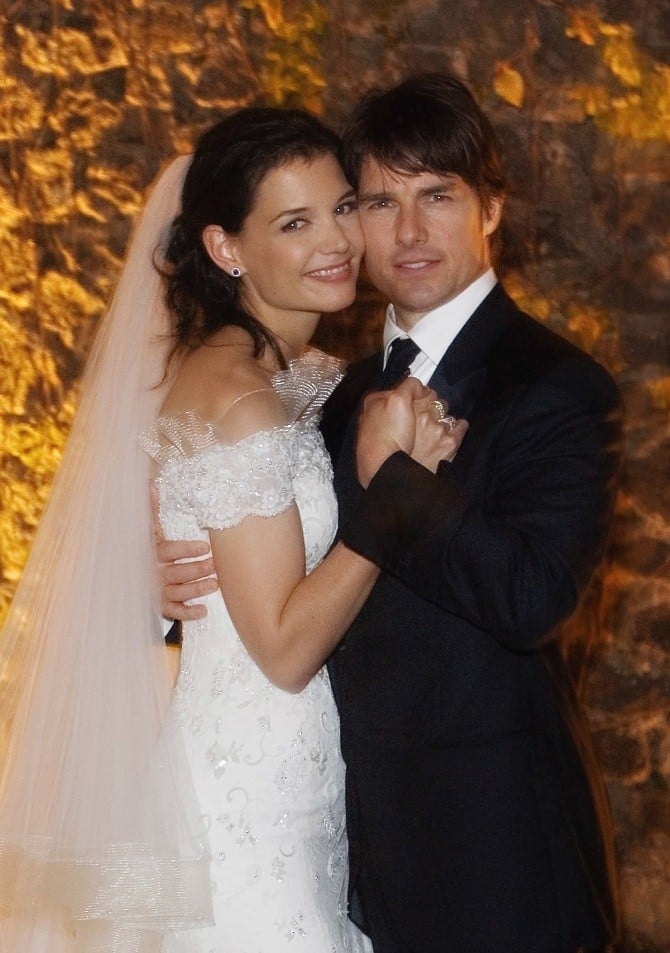 Liza's wedding was THE event of the year and attracted a star-studded guest list that included Michael Jackson as Best Man and Elizabeth Taylor as Maid of Honor. The ceremony and reception for nearly 1,000 guests featured a 50-piece orchestra and 12-tier wedding cake.

They divorced a year later.

The actual amount of the 2010 nuptials of Hillary Rodham Clinton and President Clinton's only child haven't ever been officially confirmed but experts believe it would be in the region of $2-5 million. The security alone for this event had to cost a pretty penny. The couple spent $750,000 on catering, $11,000 on their cake, $500,000 for flowers, $600,000 for air-conditioned tents, and $250,000 in jewelry. 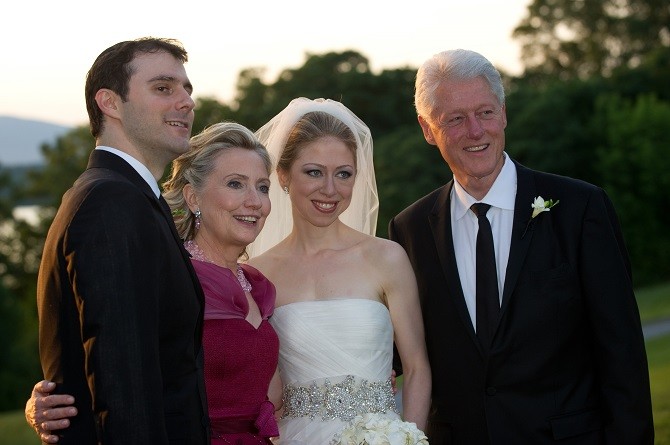 Much of the $6.5 million cost of this 2012 wedding went to logistics. JT and Jessica booked an entire hotel in Italy for their friends and family. They also paid to close the surrounding buildings in an event to thwart the paparazzi.

Michael and Yvette were married in front of 300 guests at their 2013 nuptials. At the reception Usher and Robin Thicke performed. Their seven layer rum wedding cake was encrusted with crystals. The bride's dress was made with handmade silk lace that had been created just for her.

There's an old saying that goes "More money than brains…" Kim spent $10,000 on invitations, $6,000 on cake, $2 million on flowers, and $2.5 million on a diamond encrusted headdress. She invited 500 guests. She wore three custom Vera Wang dresses on the day. The wedding was filmed (and probably partially financed by) for television for a two-part, four-hour reality TV special.

Petra and James closed down an entire medieval town in Italy for a day for their wedding celebration. They hired a castle for $512,000. Petra's Vera Wang gown cost $1.3 million. Guests drank champagne that cost $6,000 a bottle, they had a $165,000 fireworks show. The couple paid the Black Eyed Peas $2.5 million and David Guetta $800,000 to perform at their reception.

The latest wedding of the century, in which the son of Prince Charles and Princess Diana married his college sweetheart- a normal middle class girl named Kate Middleton, cost a staggering $34 million. But wait—it isn't as excessive as it seems. It is estimated that the security on that day in 2011 cost $32 million. The remaining $2 million went to $800,000 worth of flowers, $150,000 catering, and $60,000 in champagne. Kate's wedding ring cost $11,000. 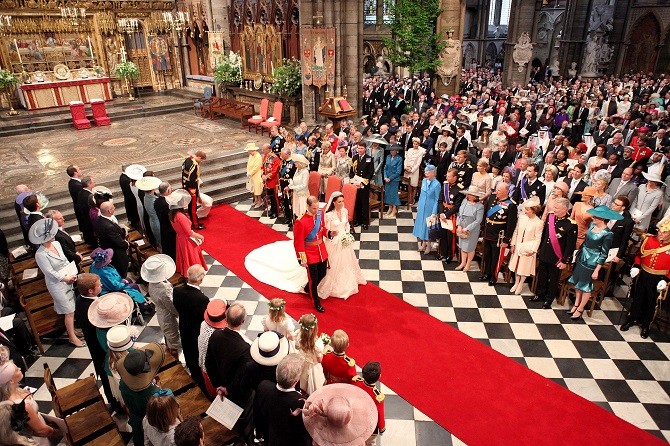 In case you were wondering: Five out of the 12 couples are still married and the average length of the marriages that did not work out is 3 years, 4 months. If these grim stats are not deterring you from proposing to your significant other, we recommend checking out the site WomanGettingMarried.com for all your creative wedding ideas, venues, dress options, reviews etc. Full disclosure, they helped us put this article together 🙂