Money Flo: How Much Money Has Flo Rida Earned Off His Biggest Hit Singles?

Think hip-hop is dead? Tell that to the rapper Flo Rida's wallet! Indeed, in just 7 years, the young artist has amassed millions of dead presidents, primarily from his singles sales. Now, with a massive, worldwide fan base, and hits with the likes of T-Pain, Sia, and Rick Ross just to name a few, this artist has created quite a versatile brand under the umbrella of rap music. So, which singles made the most money? Inquiring minds would certainly like to know…

A major player in the genre of rap/party music, many of Flo Rida's tunes are based on fun and partying. For instance, his 2010 hit "Club Can't Handle Me," featuring David Guetta, was a staple track at parties and dance venues across the globe. Although it ranks at 165 on Keith Caufield's list of top 200 best selling singles from 2003 to present, the single has amassed a whopping $2.9 million for Flo Rida since its debut.

Featuring the genius vocals of pop star Sia, this track is almost unfair to the competition. Nevertheless, Flo Rida's quick, witty rhymes, coupled with Sia's smooth, powerful pop vocals, were clearly a match made in music heaven. A song that seems to have been created specifically for those who travel around with the top down, "Wild Ones" ranks at 123 on Caufield's top 200. Grossing $3 million, Flo's funds are the only things running wild these days. 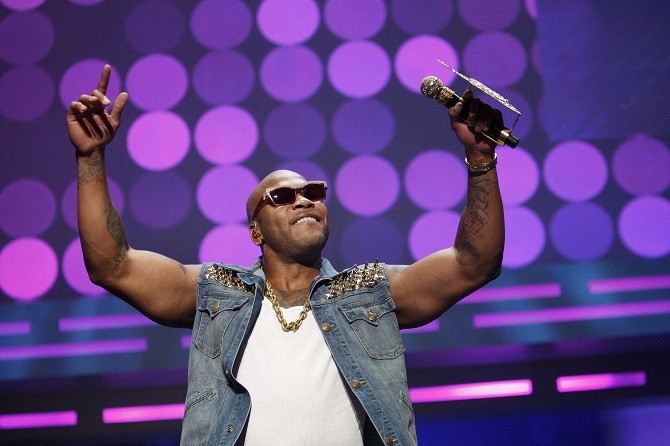 Featuring a sample from the a classic Etta James track entitled "Something's Got A Hold on Me," it's likely that Flo Rida had a 'good feeling' about this one from the very beginning. A feel good track with massive appeal, it's no wonder this track ranks 99 on Caufield's top 200. What's more, accruing some $3.4 million over the years, you can be fairly certain that this single gave his bank account a pretty good feeling as well.

No matter if it spun around in your head, the rotation of your playlist, or just your nerves, Flo's song "Right Round" featuring artist Ke$ha definitely helped increase his flow of dollar signs. A serious party anthem since its release in 2009, revenue from the sale of this single are said to be right around $5.2 million.

Last, but certainly not least, Flo Rida's "Low," featuring pop icon T-Pain is one of the most catchy and well-known songs created in recent years. Made massively more famous by that notorious scene with Tom Cruise in the hilarious film Tropic Thunder, "Low" is ironically Flo Rida's main career highlight. The first single he ever released, and still his top-selling one, "Low" succeeded at both introducing a new style onto the airwaves and serving as a solid, firm foundation for Flo's now massive tower of hits. Ranking number 7 on Caufield's top 200, the track has made the artist an impressive $6.4 million and counting!

Overall, Flo Rida remains one of the top single-sellers in the genre of rap music. Though many debate the level of talent and skill this lyricist possesses, his ability to create high-selling, infectious, hip-pop tracks remains unmatched by the majority of acts on the market today. Whether you love him or hate him, his bank statement is indisputable and his songs will still remain stuck in your head for days at a time.