A painting by world-famous artist Amedeo Modigliani entitled Nu couché (sur le côté gauche), one of a series of 22 reclining nudes by the painter, has set a world record in the field of pre-sale price estimates. Auction house Sotheby's, which is auctioning the painting next month along with many other pieces of modern and impressionist art, recently announced they expect it to fetch at least $150 million. Here's Sotheby's co-head of the impressionist and modern art department, on what it is that makes this series of paintings, and this painting in particular, so valuable to collectors and art historians, as per The Guardian:

"This painting reimagines the nude for the modern era… Together these pictures signal a watershed in perhaps the greatest tradition in art. There is nude before Modigliani, and there is nude after Modigliani." 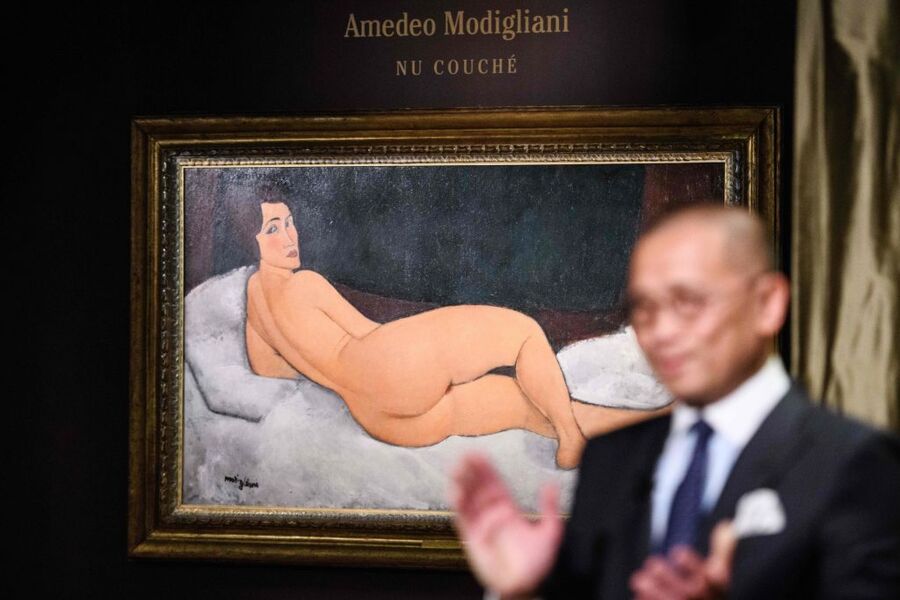 In addition to being a pioneer in nude paintings, Modigliani is also part of a select community of only three artists whose work has been sold for more than $150 for a single painting. Should Nu couché (sur le côté gauche) outperform Sotheby's estimate and crack the $170.4 million that holds a spot on the list of the highest amounts ever paid for a painting at auction, it will be replacing yet another Modigliani in the process: The most famous painting in the Nu Couché series sold for that amount to art collector Liu Yiqian in 2015.

That scenario is well within the realm of possibility, but it's highly unlikely that this painting will be able to surpass the other figures on that list – Picasso's Women of Algiers (version O) went for almost $180 million in 2015, and Leonardo da Vinci's Salvator Mundi busted the record books wide open last year, when it sold for more than $450 million.

Regardless of what happens, it's a certainty that the sale of Nu couché (sur le côté gauche) will represent a massive profit for its current owner, John Magnier, who bought it for just under $27 million, back in 2003.