Millionaire Zahid Khan's $250,000 Ferrari Seized, Destroyed By Cops, After He Parked It Outside Courthouse

UK millionaire landlord Zahid Khan is known for his love of ultra-expensive supercars, but his collection was recently diminished by one in a very unexpected way, according to the Birmingham Mail. His Ferrari 458 Spider, worth more than $250,000 following his own upgrades to the car, was impounded by West Midlands Police after they mistakenly believed it was stolen. Then, it was destroyed by the police for being "unroadworthy" and having no valid insurance.

The Ferrari was the same one Khan made headlines for in March, when he parked it outside a courthouse during another legal dispute. The next month, he was pulled over by police, after which the car was seized and ultimately destroyed. Khan only found out about the car's destruction when he showed up at Birmingham Crown Court in order to prove his legitimate ownership of the car. Here's his version of events:

"I ordered parts from Ferrari and had them fitted by a Ferrari approved garage in Birmingham. The police told me they did not believe that the car was mine and that I had to prove ownership. I have been trying to get my car back ever since, trying to prove that it did not include stolen parts and that I was the owner. Then we go to Birmingham Crown Court this morning and find that the car has been destroyed. But I did not know anything about that and I can't believe they have destroyed my car." 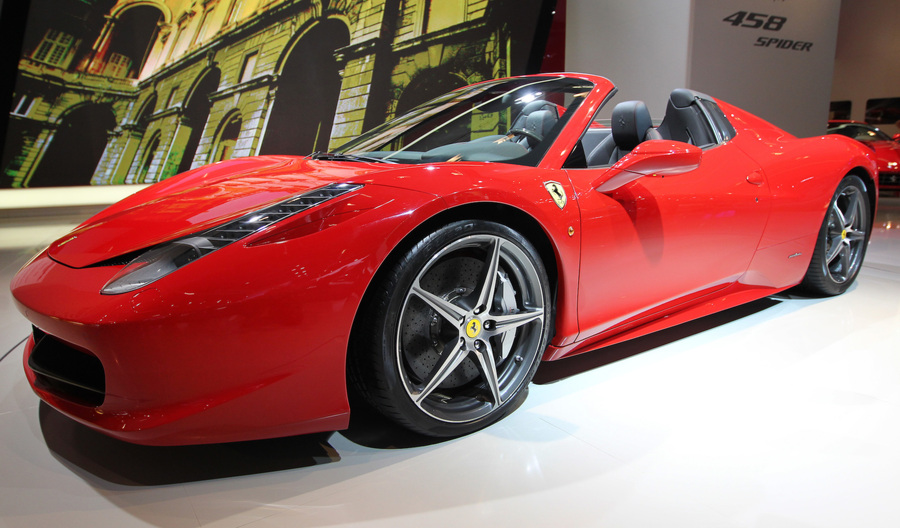 The development was an especially unpleasant one for Khan, given the project he'd made out of revamping the car, spending "a lot of time and money" in the process. Time will tell if he has any further recourse in this affair, but according to West Midlands Police, the car was classified as an unroadworthy "Category B" and thus had to be destroyed.