With ESPN's Chicago Bulls documentary, The Last Dance, putting Michael Jordan back into everybody's minds, some are looking back at his divorce from Juanita Vanoy after 17 years of marriage in 2006. The two are said to communicate today and shared custody of their three now grown-up kids, but for a while the split was as contentious as divorces can be, not to mention (from Jordan's point of view) expensive, with Vanoy eventually receiving a settlement of $168 million – one of the biggest ever at the time and still not too far from the top of the list.

Jordan and Vanoy married in 1989, after which they enjoyed a decade or so of wedded bliss, at least as far as the public knew. But in 2002, Vanoy filed for divorce for the first time, and a private investigator named Ernie Rizzo was quoted in the press about Jordan's alleged improprieties. Despite all that, Vanoy ended up rescinding the divorce filing and the couple attempted a reconciliation, but four years later, the couple announced a "mutual and amicable" split to the press in a joint statement from their attorneys. "Michael and Juanita Jordan mutually and amicably decided to end their 17-year marriage," the statement read. " "A judgment for dissolution of their marriage was entered today. There will be no further statements." 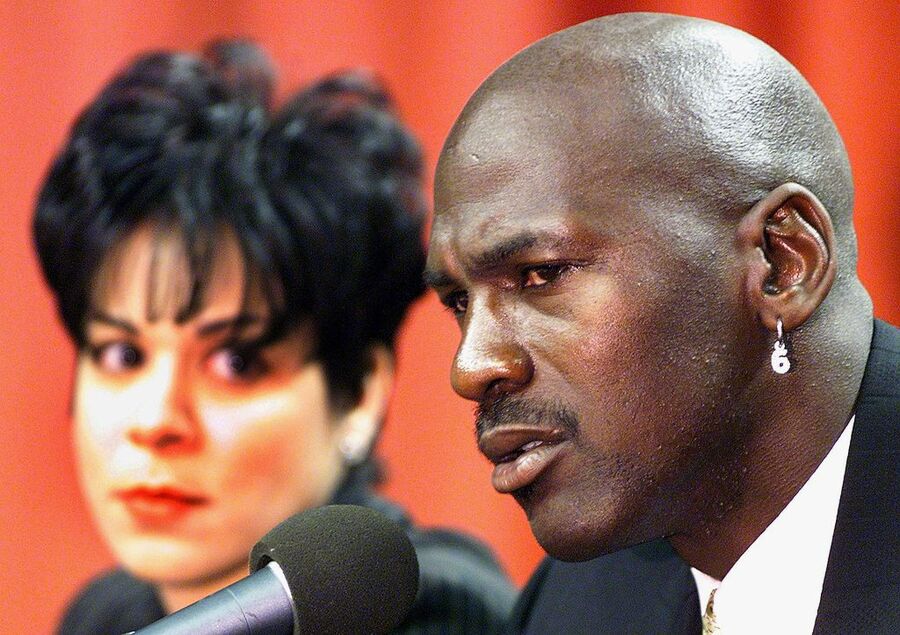 So Vanoy ended up with a $168 million settlement, while Jordan was also on the hook for more then $2 million in legal fees. Now, of course, Jordan's fortune has multiplied many times over compared to the almost $400 million he was estimated to be worth when Vanoy first filed to divorce, going on to become one of the only pro sports billionaires. The split remains among he most expensive divorces ever, and naturally is also possibly the most expensive in the history of pro sports. In case you were wondering, when Jordan married model Yvette Prieto in 2011, he reportedly did so with a prenuptial agreement.