Back in 2012, Mexicans had high hopes for their new governor, Javier Duarte. After years of an old regime rife with political corruption, Duarte was supposed to be the one who would help usher in a new era for Mexico and help the country to thrive. Five years later, this former governor of the state of Veracruz, on the Gulf Coast of Mexico, is being accused of siphoning nearly $3 billion in public funds into shell companies. WHAT??!!

Authorities were able to force two companies to return $19.3m of the illegally obtained funds. Interpol issued an international warrant for Duarte's arrest with an award of 15 million pesos, or $730,000 USD. Duarte's ex-wife Karime Macias de Duarte is being accused of going on a $500,000 spending spree after authorities seized a warehouse loaded with goods taken from the state government, including luxury saddles, silverware, furniture, school supplies, and even wheelchairs.

Duarte's ex-wife Karime Macias de Duarte is being accused of going on a $500,000 spending spree after authorities seized a warehouse loaded with goods taken from the state government, including luxury saddles, silverware, furniture, school supplies, and even wheelchairs.

She wrote "I deserve abundance" in a diary also seized by authorities. She was able to flee the country to London and escape criminal charges. 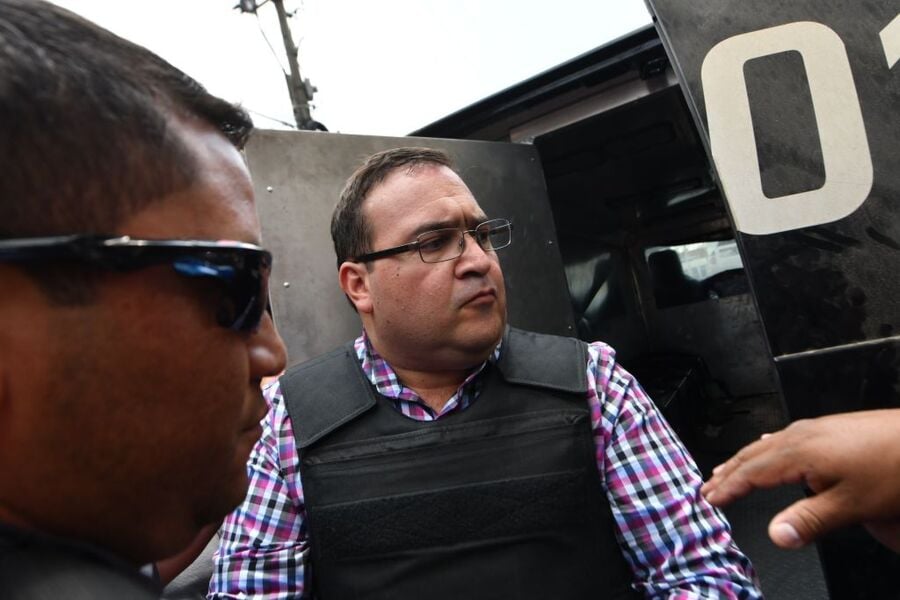 Duarte was detained in Guatemala over Easter weekend after a six-month long manhunt. His case is symbolic of Mexico's long struggle, where now believe "A politician who is poor is a poor politician." He represents the growing power of governors, who are more autonomous from the president and gained bigger budgets after the country cast aside the one-party rule in 2000.

This is a huge disappointment to Mexicans who are already accustomed to politicians living the high life off of public funds while half the population suffers in poverty. These politicians now act almost like warlords operating without legislative and court oversight. Many of them have ties to major drug cartels and their brutal armed enforcers.

Duarte's tenure as governor was known for poor security and widespread violence in Veracruz. Mass graves were unearthed containing hundreds of skulls, and at least 17 journalists were murdered during his six-year tenure, as well as several cases of enforced disappearances and bloody murders by drug cartels. Duarte resigned last October and fled in a government-owned helicopter.

A 2013 study found that 41 governors have been accused of corruption since 2000. The former governor of the state of Tamaulipas, Tomás Yarrington, was recently captured in Italy after fleeing in 2012. Along with Veracruz, Tamaulipas remains one of the country's most violent states.