At a recent Christie's New York art auction, a work of famed impressionist painter Claude Monet became the most expensive Monet painting to date. The painting in question is part of the artist's famous Grainstack or Meule series of works, each depicting stacks of grain outdoors and under various atmospheric conditions. More importantly for our concerns here, it was won at auction by an anonymous buyer to the tune of $81.4 million, according to the Associated Press.

That $81.4 million sum, impressive on its own, is even more so when one realizes it represents a new record for money spent at auction on a work by Monet. The previous record was set back in 2008, when exactly one million dollars less was paid for another Monet painting at auction. The Grainstack painting that now holds the status of Monet auction record-holder dates back to 1891, and like the rest of the series was painted outside a farmer's field in Giverny, France. And it is reportedly one of the only paintings in the series still part of a private collection. 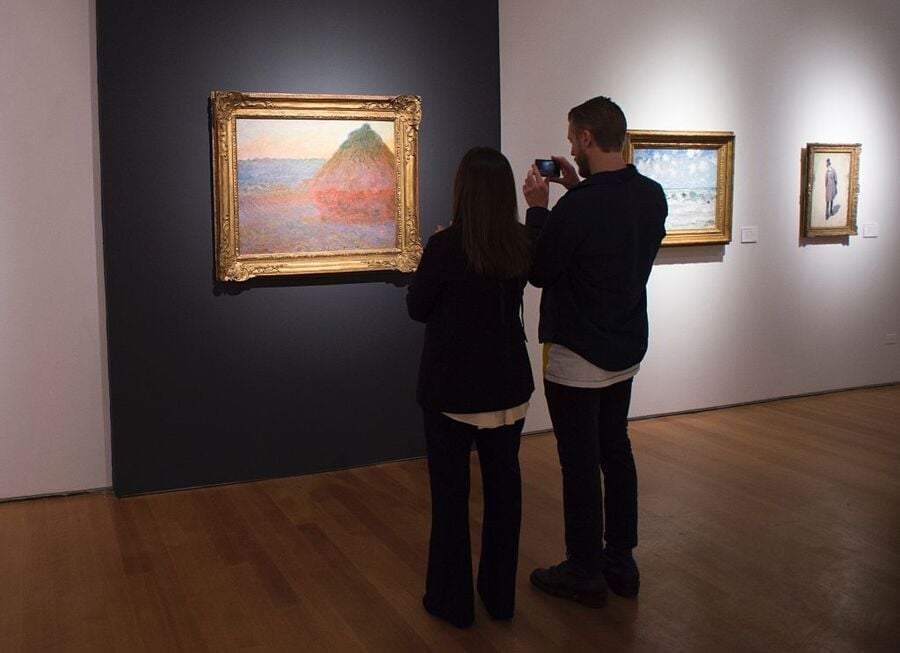 The Monet sale was the highest-profile aspect of the auction, but there was another record-breaking sale for another artist, not as well known as Monet. That would be Wassily Kandinsky, whose painting Rigid and Curved went for $23.3 million, breaking the previous record of $23 million for another Kandinsky in 2012 (election years are good years for breaking painting auction records, it seems). This particular painting had been locked away in a private vault for more than 50 years, having been part of a single private collection since 1964.

All in all, it was a good night for anyone with an investment in works by Monet or other famous painters, since it demonstrates that yesterday's prices are tomorrow's broken records as these legendary works continue to appreciate in value.