The Mercedes-AMG Project One Hybrid Concept Car Will One Day Cost $2.7M

In a few years, Mercedes will be putting out a hybrid supercar that will have a pretty sizeable price tag, so it's just as well you have a few years to save up. It's the Mercedes-AMG Project One, recently unveiled in Frankfurt, Germany in advance of the Frankfurt Motor Show, as reported by CNN Money.

The Mercedes-AMG Project One will belie its environmentally friendly hybrid vehicle status with more than a thousand horsepower, and a top speed that easily exceeds 200 miles per hour. Ola Källenius, a member of the Mercedes board, is quoted regarding the car's Formula 1-inspired design and performance in a statement from the company:

"Our highly efficient hybrid assembly stems from motor racing and the electrically powered front axle generates a fascinating mixture of performance and efficiency. With a system output of over 1,000 horsepower and a top speed beyond 217 mph this hypercar handles exactly as it looks: it takes your breath away."

Of course, even if driving the two-seater supercar doesn't take your breath away, the asking price will: $2.7 million, or thereabouts. I say "thereabouts" because Mercedes isn't telling exactly when the car will be ready to go from concept to production, but when it does the plan is for only 275 of the cars to be made. As a plug-in hybrid, the Project One will be able to take you around 16 miles on electric power alone before switching over to gasoline, and as a 21st century smart car the driver will have access to multiple different driving modes depending on his or her specific needs during that particular drive. 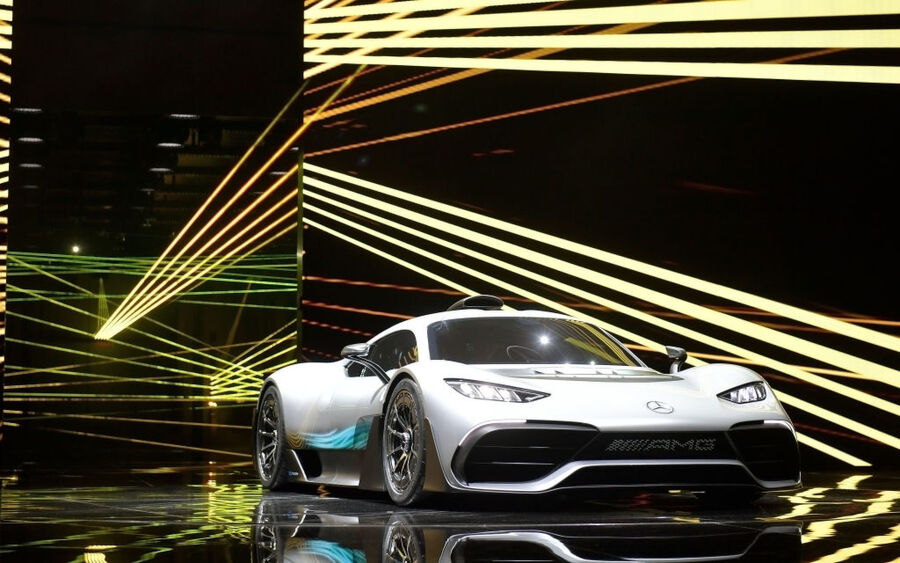 This all sounds great, but not all of us have $2.7 million to spend on a car, even a Mercedes. There's even a little bit of good news on that front, though – Mercedes says that some of the technology they developed for the Project One will also make its way to other, less expensive Mercedes vehicles in the future.