Meet The World's Most Expensive Dogs

As anyone who's ever had a dog of their own knows, the value of such a pet doesn't come from money, but from the emotional bond that forms between canine and master. Nevertheless, there are people out there who will shell out serious cash for the privilege of owning a big ticket, rare breed. That, in turn leads one to ask what the most expensive dog in the world is, and there are at least a couple of different possible answers: but both of them are Tibetan Mastiffs sold in China in the last few years.

Big Splash, a red Tibetan Mastiff, earned the title of world's most expensive dog back in 2011 when a (clearly) wealthy businessman in China bought him for roughly $1.5 million in American dollars. Red Tibetan Mastiffs are a notoriously expensive breed, and Big Splash was the most expensive of that breed. The dogs, native to the Himalayan region, are said to be intelligent, as well as large, growing to weigh as much as 286 pounds. At the time of the sale, Splash's breeder was reported by various media outlets to have estimated that the dog could be worth $100,000 a pop as a stud on the breeding market, but the buyer wasn't interested in profit and has reportedly only kept the dog as an extremely expensive pet. Then, in 2014, another Tibetan Mastiff (pictured below, on the left) sold in China to another businessman, for the record-breaking price of $1.9 million. 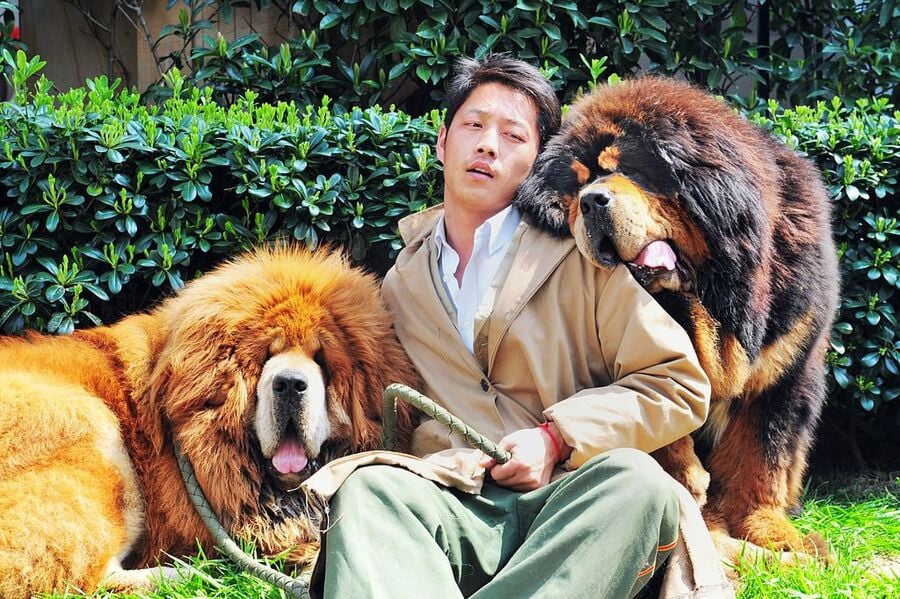 Since their record-setting purchases almost six and three years ago, respectively, there don't seem to be many followup stories on Big Splash or his unnamed fellow high-priced dog, at least not of the kind that make it to the Western Hemisphere. But hopefully the dogs are enjoying their luxurious lifestyles, oblivious to their claim to the title of most expensive dog in the world.