Chances are you know someone who has a family member suffering from Alzheimer's disease. Maybe that someone is your own family member. There are roughly 6.2 million people in the United States suffering from Alzheimer's disease. Symptoms can range from emotional distress, including shouting or becoming physically violent. A full 40% of people with Alzheimer's need medical treatment. However, despite, the fact that so many people suffer from this disease, there isn't even one drug approved by the FDA designed to treat the agitation that is common in people with Alzheimer's. Many people suffering from this disease are put into long-term care once the agitation becomes too much for their family members to handle. Dr. Herriot Tabuteau is here to change all of that.

Dr. Tabuteau is the CEO of Axsome Therapeutics, a New York-based biopharmaceutical firm that developed a drug called AXS-05. AXS-05 has been called a breakthrough medication for the agitation associated with Alzheimer's disease. The Food and Drug Administration agrees. In December Axsome started the final phase of the trials needed to apply for full FDA approval. Axsome estimates that the medication will hit the market in 2023. AXS-05 is also thought to be a good option for major depressive disorder as well. 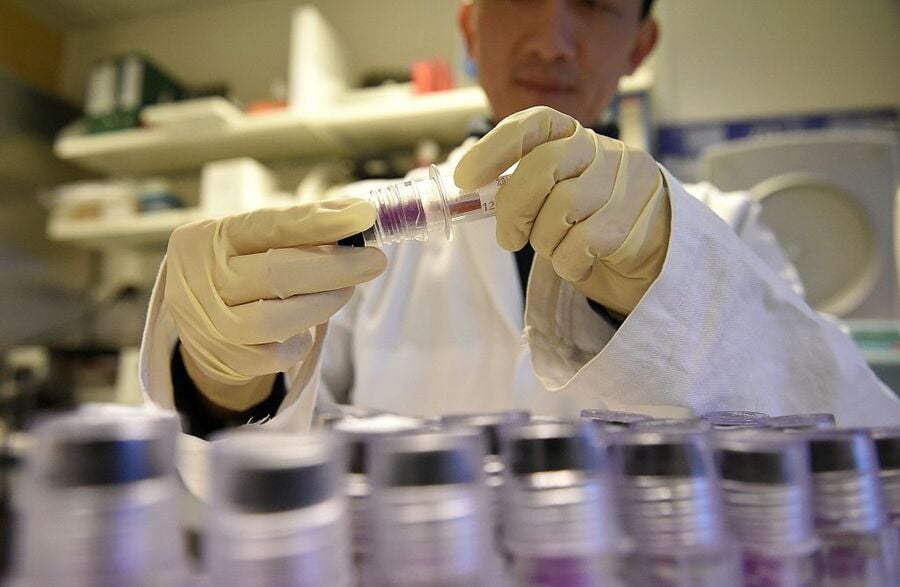 Dr. Herriot Tabuteau immigrated to the U.S. from Haiti when he was nine-years-old. He attended New York City's Xavier High School where he excelled academically. When he was a junior in high school, he wrote a book called "How to Get A's in School," which was published by New York's LBT Publishing. In 1989, he graduated from Wesleyan University with a bachelor's degree in molecular biology and biochemistry. He went on to attend the Yale School of Medicine graduating with his M.D. in 1994. For his honor thesis, he focused on studying the brain tissue of people who have epilepsy who were resistant to anti-seizure medication. His aim was to study GABA activity, which is the neurotransmitter believed to be able to inhibit seizures. His mentors thought Tabuteau would become a neurosurgeon, but he went into investment banking instead. Armed with his brand new M.D., Tabuteau worked as an analyst for Goldman Sachs where he specialized in healthcare analysis. He went on to work a HealthCor, a fund focused on healthcare and life sciences.

Tabuteau founded Axsome Therapeutics in 2012 with the focus of treating disorders of the central nervous system including depression, chronic pain, and, of course, Alzheimer's. Axsome went public in 2015. As of this writing the stock has risen 570%, giving the company a market cap of $2.2 billion.

Tabuteau owns 22% of the company's outstanding shares, which as of this writing give him a paper net worth of $465 million.

He has never sold a single share of his company. His $465 million net worth, however, does make him one of the richest Black people in the United States. He is press-shy and, in fact, hasn't talked to the press since 1998. As you might have noticed, we couldn't even find a license-able photo of the good doctor to use in this article!

Always fun to write about someone who made a massive fortune helping people. Thanks for all you do Dr. Tabuteau! I hope you become even richer as you improve countless lives!