If you're a little strapped at the moment, chin up: You never know when a gold asteroid might end up in your back yard. And if that asteroid is Psyche 16, currently located somewhere in space between Mars and Jupiter, you would theoretically have possession of a hunk of rock that is estimated to be worth some $700 quintillion (that's 700 billion billion), with a Q!

Of course, you'd also have to buy a new house and a new neighborhood block too, since Psyche 16 has a radius of over 70 miles, and would cause tremendous damage to the surrounding area were it ever to strike the Earth. That's why, NASA and other interests aren't just waiting around for the asteroid to possibly strike the planet, but are instead launching an exploratory mission in 2022 to prove definitive exactly how much precious metal – gold, iron and nickel – are in the massive asteroid. 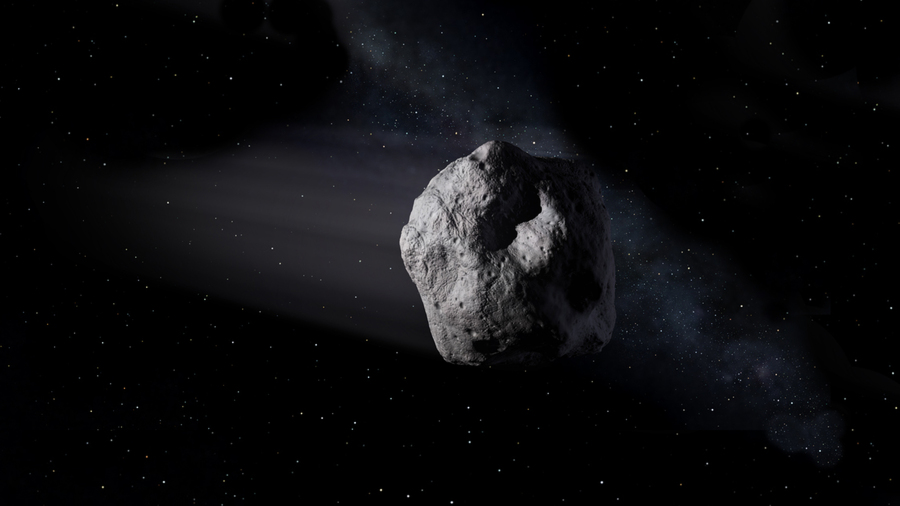 If Psyche 16 is indeed worth $700 quintillion, bringing it all to Earth could cause the entire global economy, now worth a mere $75.5 trillion, to totally collapse. So perhaps it's actually a good thing that it will require billions of dollars in scientific research and infrastructure to actually begin mining gold and other metals from asteroids like Psyche 16. Not to mention the years involved, which according to Royal Astronomical Society President Professor John Zarnecki in an interview with Outerplaces puts any real space mining projects quite a ways off: 25 years to prove the asteroid in question is worth the miners' while, and 50 years to get any commercial production of its treasures started.

Still, it's fascinating to imagine the possibilities of priceless asteroids floating around in space, just waiting for the right enterprising corporation to pluck it out of the sky. But for now, at some 466 million miles from Earth, Psyche 16 and its headache-inducing monetary value remain out of our reach.