For those who have not yet heard of the young CEO, Moziah Bridges, don't worry, you will! The pint-sized CEO started his company, Mo's Bow Ties at the ripe old age of 9, in 2011. Not to be confused with some fly by night sensation, this young man is being heralded as an early fashion guru and has plans of building a massive fashion empire, sooner than later.

Being the mentee of Shark Tank investor, Daymond John, this budding businessman has already appeared on The Steve Harvey Show, Shark Tank, and Squawk Box, and he has even taken a trip to NYC's Mercedes-Benz Fashion Week, all in promotion of his business ventures. What's more, his promotional efforts have even landed him in the upscale fashion chain, Neiman Marcus (a feat even his mentor, Daymond, has yet to accomplish). 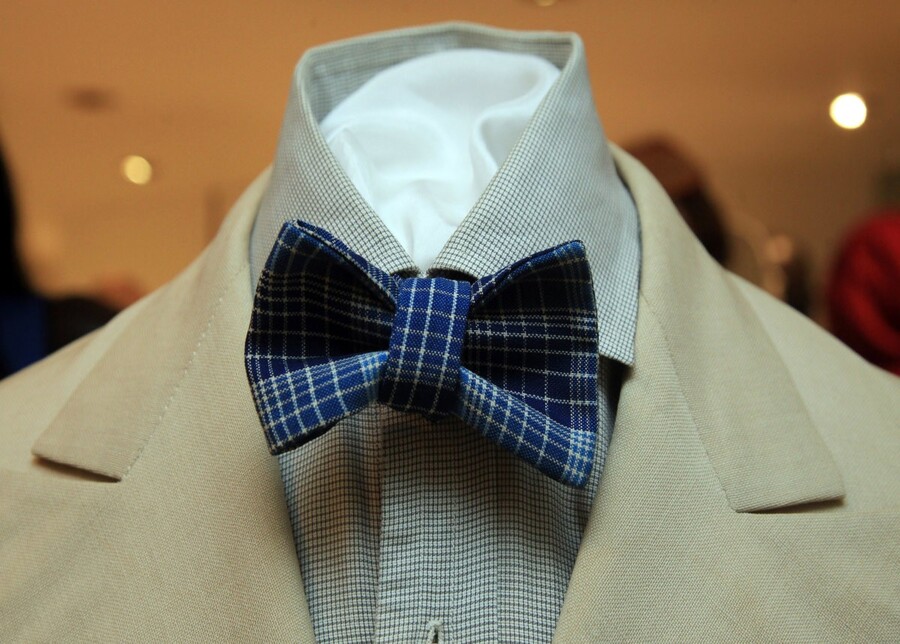 Fortunately, it doesn't seem that the young CEO is letting all of his achievements go to his head. Keeping it in the family, he has accomplished this level of success with the help of his supportive mother, Tramica Morris (who jokes that he is the CEO of the company, but she's the CEO of him), who has been there very step of the way, including his notorious, life-changing trip to ABC's Shark Tank. What's more, the business was given its kick-start from his grandmother, a retired seamstress who taught the young boy to sew at an early age.

Just 4 years after starting his company, this little guru has already built an impressive and thriving business. Before appearing on Shark Tank, he had already sold 2,000 bow ties, which he made by hand with the help of his grandmother. This means he had already brought in $55,000 in revenue before ever appearing on television. Obviously, things picked up after the CEO started to appear on television, and after refusing a number of non-lucrative deals, John, who had also turned down a number of deals for FUBU, a company that was eventually worth $100 million, agreed to mentor the young mogul, free of charge.

Officially steadfast and staying true to what he believes in, the young CEO is moving forward with a unique business model, which includes inherent philanthropy for underprivileged youths. Committed to crafting an annual bow tie, with 100% of the proceeds going to charity, he is proving that you are never too young to work for yourself while helping others. Now with 7 employees (including his adoring grandmother), this entrepreneur has already sold $200,000. Moreover, with plans of having his own clothing line by his early 20's, my money is on Moziah to be one of the most influential fashion icons of our age.