Meet The 21 Year Old Who Is Making A Fortune Off Truffles. Yup. Truffles.

By Max Savage Levenson on November 1, 2014 in Articles › How Much Does

Something strange happened the first time that Ian Purkayastha ate wild mushrooms near his parents' home in Fayetteville, Arkansas. No, the fourteen year old didn't hallucinate, nor did his stomach go into a gastronomical free fall. Instead, he became immediately and irrevocably obsessed with funky food. He started digging up the forest, looking for more and more mushrooms. He started a club at his high school, called the Students for the Promotion of Exotic Culinary Experimentation, where he hosted dinner parties and introduced his fellow students to obscure delicacies like live sea urchin and reindeer. While Purkayastha likely made a little profit from the club, where he charged $10 per guest, it wasn't until he started importing one gourmet item in particular that he really hit it big, and took the food scene by surprise.

Purkayastha tried truffles for the first time about a year about his moment of enlightenment with the wild mushrooms. "All I could talk about was truffles and food," he said. "It's not the kind of thing the average high school kid loves." 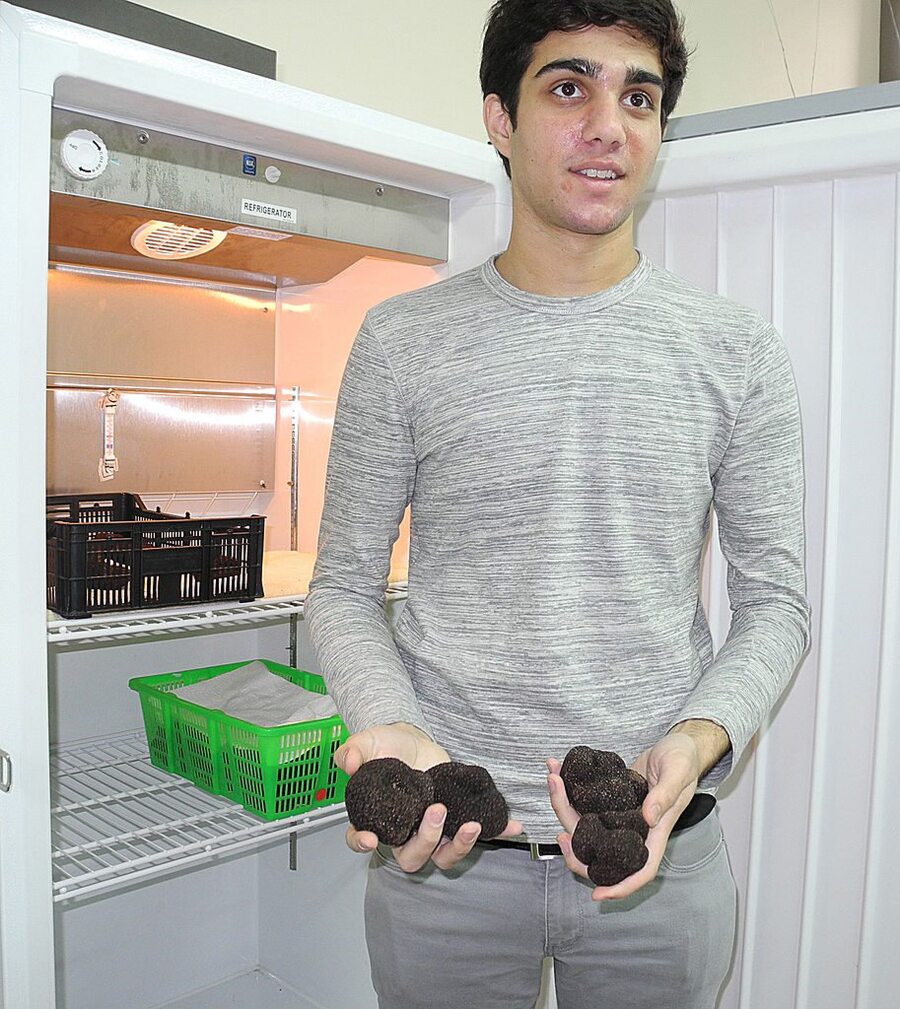 Truffles are a fungus that typically grow near the roots of trees. To find them, you typically need a trained pig to sniff them out. They can spoil in as short as a week and can cost up to $5000 per pound. To import them, usually from France or Italy, you have to pay $800 bucks to U.S. Customs, the USDA, the FDA and the Department of Agriculture. Every time you make a shipment. Regardless of how much you're actually importing. It's a daunting enterprise, prone to failure, but Purkayastha dove straight in.

When he was a sophomore, Purkayastha imported $150 of truffles from France and sold them to three restaurants, barely making any profit.  He used what little money he made to import more, turning over a bit more each time. He showed up unannounced at the back doors of haute cuisine restaurants, as far away as Texas, and offered his wares. He had grown obsessed with truffles, and some chefs were taken aback by the extent of his knowledge. Austin chef Paul Qui remarked that "He's always super excited, super nerdy about truffles."

His first big break came in 2009 when Emanuele Musini, the chief executive of the Italian truffle company PAQ Gubbio, came across Purkayastha's website and reached out to him, looking for a distribution partner in North America. Musini was delighted with his young protégé, and by the time Purkayastha was a senior in high school he had become PAQ's head of sales in North America, and split his time between school and truffles. "When he'd get a shipment, he'd have it set up in his garage with his scale and his FedEx boxes," said his neighbor. "He would get almost feverish filling the boxes."

Purkayastha dropped out of Manhattan's Baruch College before the first day of classes to focus on truffles. He moved across the river to Hoboken, N.J., where PAQ provided him with a car to make calls on clients in the city. He has gained a reputation for being always on call – always ready to clinch a deal. By the age of 18, he was pulling in $900,000 a year in truffle sales.

Eager to keep moving forward, Purkayastha persuaded his hometown neighbor Wayne Hudec to import 200 hazelnut trees from Oregon and try his hand at growing truffles himself on Arkansas soil. He won't know if it's going to work until the plants mature next year, but there's no doubt that even if the experiment flops, Purkayastha will keep the truffles coming.