How much does a mechanic make? If you are contemplating a career as a mechanic, you might be really interested in knowing how much does a mechanic make to be able to form long term goals. However, the salary and earnings vary on the basis of experience and the location of employment. Some are paid per hour while others are on rolls of a company on a fixed salary. Those certified from the ASE or National Institute for Automotive Service Excellence are paid more than their non certified counterparts. 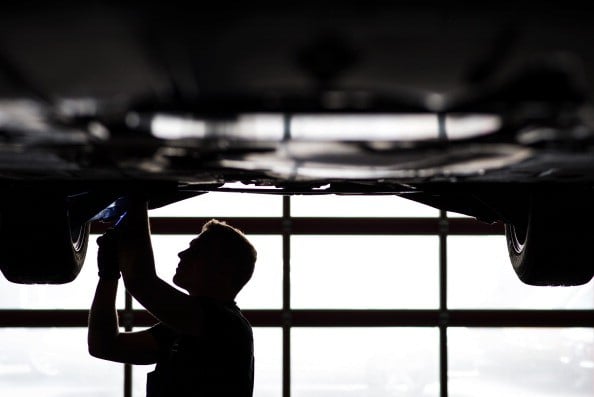 As per the 2008 data of the U.S. Bureau of Labor Statistics, the average pay of an automotive mechanic ranged from $28.7 to $9.56. The highest paid 10% mechanics were in the salary bracket of $28.7 while the lowest 10% took home about $9.5 per hour. The automotive mechanics that are employed with the local government agencies were the highest paid at an hourly rate of $20. As per the statistical information, the lowest paid strata of mechanics were working with automotive parts units, tire and accessories stores and took home an average pay of $14.9 hourly.

Some of the mechanics are also paid on a weekly basis on commission and that is affected by the amount of work that they do. Most of these commission based mechanic jobs are available at automotive repair shops, dealerships and maintenance workshops.

Additionally, the available data of 2009 as compiled by Salary.com, states that the average annual salary for automotive mechanics was $35,900. The top 75% took home about $41,300 while the lower category comprising of 25% earned $31,500. The major considerations that affect the salary are the credentials of the individual mechanic, experience, industry and the size of the employing organization. Look at this chart that gives you the top degrees with the related hourly pay:

The January 2010 data analyzed by Payscale.com calculates the salaries based on experience, so if you need to know how much does a mechanic make on an hourly basis, it is no surprise that those with less than 1 year of experience had an earning ranging from $8-$16. While auto mechanics with over 20 years of experience were paid $17-$25 hourly.

If you look at the varying specialties of mechanics in different industries, radio mechanics took home nearly $40,500 annually while the lowest paid were the motorcycle mechanics with an annual salary of $31,600. Motorboat mechanics earned $35,000 annually and automotive technicians got $38,000.

If you love machines and enjoy repairing them, being a mechanic can be a satisfying job. Most industries have vacancies and the hourly pay as per industry remains:

Hopefully, this analyzed data should clear your misconceptions or confusion about how much does a mechanic make.