The McDonald's Monopoly sweepstakes promotion is a good way to occupy your mind in between breaths while wolfing down a cheeseburger and fries, but a recent Daily Beast story reveals that the game has a fascinating history, one that includes an elaborate, decade-spanning inside job scam, as well as the burger chain deciding to give a total of $25 million to 70 randomly selected customers in order to compensate its consumers for the tainted rigged game.

It started when an ex-cop named Jerry Jacobson found himself with a deceptively important job. His position at Simon Marketing put him in charge of supervising the printing of those famous Monopoly stickers, including the extremely lucrative and elusive "winning" pieces. As he ended up telling investigators: "It was my responsibility to keep the integrity of the game and get those winners to the public." 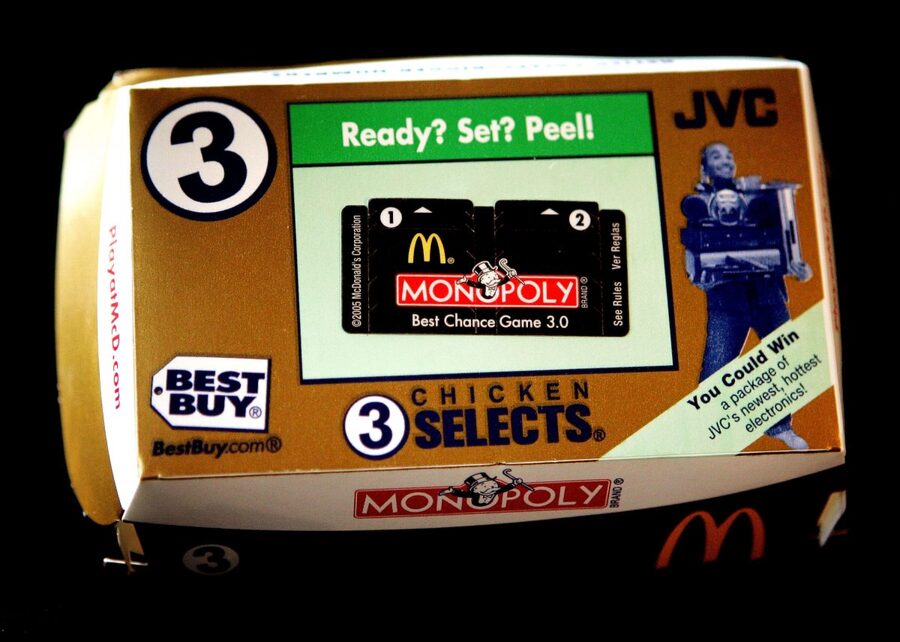 The game started in 1987, and in 1989 Jacobson gave his step-brother a piece worth 25 grand. But that was only the beginning, and over the next 12 years Jacobson started a network in which he would provide confederates with winning pieces in exchange for a cut of the prize money. Players within this network won virtually every prize in the game up until 2001, when the hammer came down and more than 50 mail fraud and conspiracy convictions were handed down to individuals in the network, a motley crew of "mobsters, psychics, strip club owners, convicts, drug traffickers, and even a family of Mormons."

McDonald's wasn't found liable for the setup, but it pledged to help make things right to customers understandably miffed that the game had been rigged for so many years, first by giving away $10 million to 55 random Mickey D's diners.

That was a quick PR move only a couple weeks after news about the scam came out, but it wasn't enough. Later, in 2004, as part of its settlement with a class action lawsuit, McDonald's gave away another $15 million to 15 more randomly selected customers. McDonald's did this quietly and without any Monopoly trappings, since as two previous lawsuits indicated, holding another un-rigged giveaway would merely drive McDonalds' sales up again. So the decision was made to simply select a random McDonald's location and a random time of day, and award the million dollar prize to the first person to come through the door at the appointed time. One of the winners told The Oklahoman at the time that she was totally stunned by the unexpected greeting:

"I completely forgot I was in there for food. They finally had to ask me, 'So what do you want?' I didn't take it too seriously. I thought, 'There has to be a catch to this.'"

Sure beats running around scrambling for Monopoly pieces any day.

Altogether, that's $25 million given to a total of 70 McDonald's diners, 15 of whom were lucky enough to get the top $1 million prize.