For $725 Million, You Could Own A Texas Ranch Bigger Than New York And LA – COMBINED

If you're in the market for a bulk land grab (like peanut butter or toothpaste, you actually save money when you purchase land in huge quantities), you have until October 20th to jump on one of the bulkiest in recent memory. The 500,000-acre Waggoner Ranch in Texas is up for sale at a price of $725 million for the next week.

Even as massive land deals go, the Waggoner Ranch sale is a big deal, since the ranch has been owned by the Waggoner family for the entirety of its 165-year history. Australian-born Texas-residing realtor, Bernard Uechtritz, has been hired to manage this historic sale, and it's an unusual situation even for one with his storied career. Here he is in a recent interview with CNN about the deal, from which he stands to make millions, if he can find a buyer willing to meet the $725 million asking price:

But despite the lofty (and evidently non-negotiable) price that's been set by the Waggoner clan, Uechtritz makes clear that the Waggoner Ranch can practically sell itself. At 500,000 sprawling acres, it is the largest ranch anywhere in the United States, bigger even than the combined land area of both New York City and Los Angeles, all encircled by a single fence. That fence goes through six Texas counties, and Uechtritz says that when he takes potential buyers on a helicopter flyover to get an idea of what the property is like, it takes a bare minimum of about two hours:

"If I take buyers on a viewing it takes about an hour and 45 minutes in a helicopter to get the rough overview. I can then show you the highlights in one or two days but a more intensive tour takes three or four days. But it's worth it. It's just so beautiful, as I said, one of a kind. This is going to make ranching history." 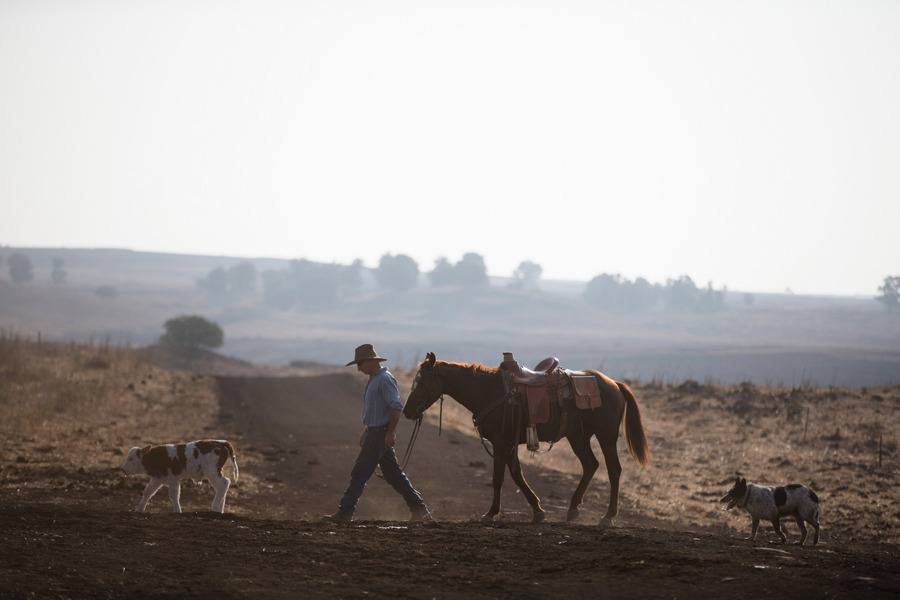 Even assuming you can get that $725 million together in a week's time, you still have a couple other hurdles to cross if you want to be the new owner of Waggoner Ranch. For one, purchasing an iconic piece of property like this is a huge responsibility, and it's clear that you'd be expected to carry on the equestrian and other ranching traditions of the Waggoner Ranch, as the surrounding communities have grown accustomed to (to put it mildly), not just flip it and make a quick buck. Then there's the issue of the ranch's mineral rights – with a tenth of the ranch land mass having already been searched for oil, 25% of the rights to whatever oil or minerals you might dig up are to remain in the Waggoner family, even after the sale is finalized.

If the Waggoner Ranch still sounds like a good buy to you, and you think you can gather together $725 million between now and October 20th, you should definitely give Bernard Uechtritz a call.