Mark Zuckerberg Made $1.2 Billion On His 31st Birthday

Facebook founder Mark Zuckerberg recently celebrated turning 31 – but would it be so much to ask Mark Zuckerberg to stop making massive gobs of cash on his birthday? It apparently would be, as the Zuck is reported to have made $1.2 billion on May 14th, the same day he turned 31. The money came from a spike in the value Facebook's stock, and continues a trend that's had the founder of Facebook getting richer and richer of late – having added a reported $9.4 billion to his already formidable net worth since turning 30. That sort of thing probably takes most (if not all) of the sting out of getting older, I would assume.

True to form, Zuckerberg didn't use the occasion for a lavish celebration, either of the beginning of his 31st year or his estimated $35 billion net worth. In what probably won't come as a surprise to anyone with even a cursory familiarity with Zuckerberg's personality, he told reporters that he's not a big birthday person, and that he planned to spend the evening quietly at home with his wife. Last year, he even attempted to evade a celebration of his 30th birthday by arranging a cross-country flight on the day in question. The tactic resulted in a slight misfire after he got back to the office and found a meeting room stuffed to the gills with birthday balloons –which he then in turn refused to allow to be cleared out. The story gets funnier, with Zuckerberg holding some serious meetings in the room, some of which involved the reprimand of Facebook employees for letting their "community down." Giving employees a spiel like that while surrounded by an overflow of birthday balloons put there by those very same employees is what experts in the business field usually refer to as an "unorthodox management style," and apparently it paid off if Facebook's rising stock prices are any indication. 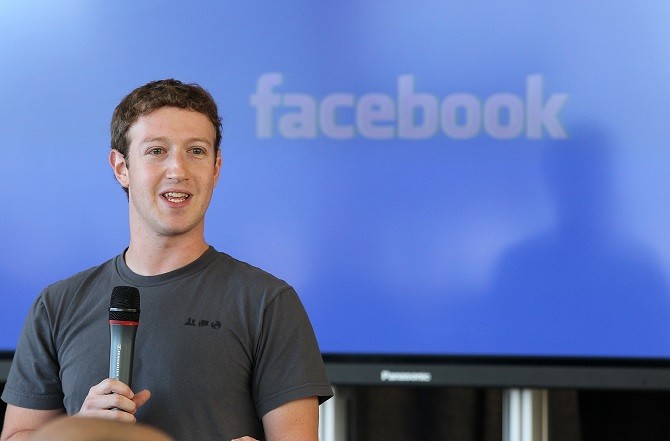 While we're on the subject of that Facebook stock, the $1.2 billion Zuckerberg made on the first day of being a 31-year-old came from his total of 426.3 million shares of Facebook stock. And don't forget Zuck's relatively meager salary, either, of $610,455 – clearly, this guy is ready for retirement, especially since he isn't exactly a big spender even though he could afford to be. He's famous for wearing the same t-shirt and hoodie ensemble everywhere, so he doesn't have to waste valuable brainpower on deciding what to wear (a tactic that he shares with the late Albert Einstein and Steve Jobs), which saves money as well as mental energy. At the same town hall event that he discussed his birthday proclivities, he showed no signs of giving up his Spartan approach to fashion, telling guests to the event that even though he'll probably switch it up to something more dignified when he gets too old for t-shirts, it will still be a simple, anti-fashionable outfit incorporating something like a "unitard" or "onesie." I guess when you're worth over $30 billion, you can afford to dress like you're broke.