How much does a marine make? Before joining one of the proudest and most respected branches of the military, you may want to ask yourself, how much does a Marine make? Marines put themselves in harms way for the good of the United States every day, as they have done so for close to two and a half centuries. Becoming a Marine, whether enlisted or reserves, is not something that you do for the money. Selfless sacrifice and loyalty to one's country usually plays a role in the decision, but to determine how much your earnings will actually be, you must decide which specific path you will follow in your service. 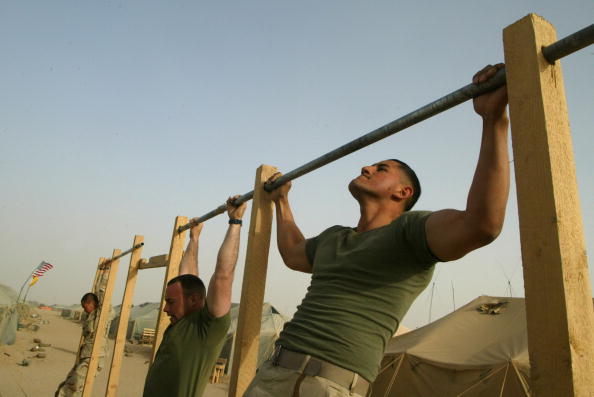 Most of the time annual pay increases come in at around 4% to cover cost of living and merit. Approval for 2010 pay increases from the Obama Administration fell to 3.4%. Military.com reports that the 2011 increase will be slashed to just 1.4%, the lowest since 1973 when the draft ended shortly following the Vietnam War. Nevertheless, incomes are on the rise. To learn what to expect, and to answer the question how much does a Marine make, decide which of the paths below that you will follow.

Ultimately, the answer to the inquiry how much does a Marine make depends on three key questions. First, are you enrolling as active duty or as a reservist? Secondly, how many months of service have you put in? Thirdly, what rank do you possess? To make things easier, refer to the following examples of the three key areas of service. They are for commissioned officers, warrant officers, and standard enlistees. All dollar totals are given by the month.

• An O-10 commissioned officer, which is the highest rank for commissioned officers, must have over 20 months of experience to become eligible for a pay increase. At this level, the officer will earn $15,188.10. After 38 months, the monthly pay goes to $18,675.30.

In between these two extremes of the question how much does a Marine make, there are many different ranks that show incremental increases in pay. To find exactly where you fall, consult the basic pay chart from Military.com.

Other Stipulations That Influence Pay

Advancement, promotion, cost of living raises, and rank, are not the only factors that influence your paycheck. You can earn more through the following options:

• Longevity raise based on years of experience every two years.

• Housing increases (based on location).

• Special pay factors such as Hazardous Duty, Flight and Combat.

In addition to basic pay, there are over 70 different special pay allowances that play a role in your final earnings. While consulting the current basic military pay charts is a good idea for a rough estimate, the only way that you can be sure of your earnings is to use the military pay calculator from Military.com.