Ousted ex-Malaysian Prime Minister Najib Razak was recently the target of a huge raid by the Malaysian Commercial Crime Investigation Department, reports CNN. Department director Amar Ishar Singh told reporters that six residences linked to Razak had been raided by the authorities, and that more than $225 million worth of goods were seized.

That includes luxury handbags, jewelry, various other goods, and even cash, and they were seized as part of a wide-ranging investigation into 1MDB, a state investment firm that is embroiled in a massive scandal in Malaysia and from which Razak is accused of embezzling millions. 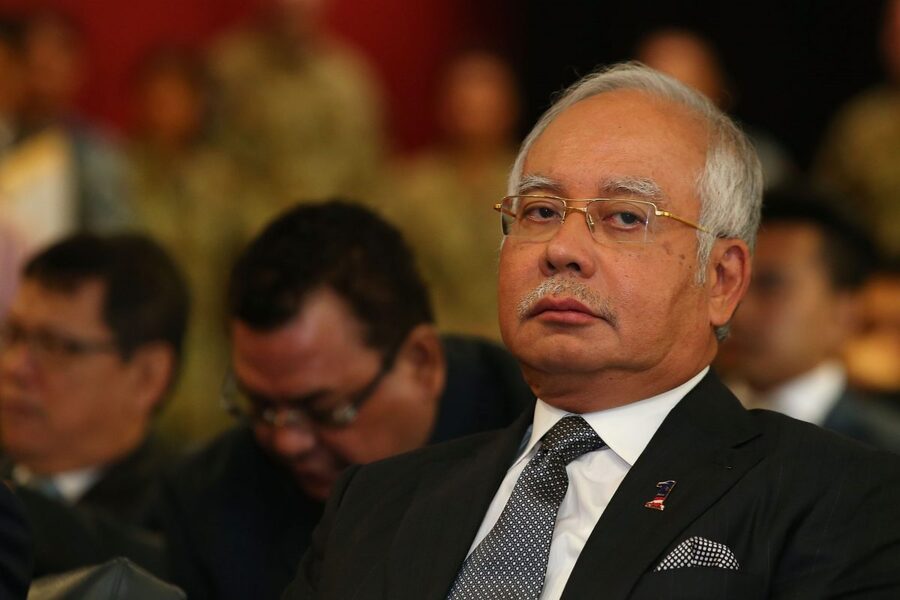 In case you're wondering what a career in federal embezzlement can get you, the authorities estimate that the total value of Razak's seized jewelry alone comes to over $109 million, and 567 seized upscale handbags from brands including Hermes, Prada, Versace and Chanel, and more came to $12 million. That, when added to the $100 million worth of cash and "other luxury goods" is how we arrive at the above $225 million figure. And Singh had some more big talk regarding the scope of the raid, explaining to the press why the seized items couldn't be totaled right away:

"The amount was just too huge. This is the biggest seizure in Malaysian history."

The single most expensive item seized by the authorities was a gold necklace with white diamonds, estimated to be worth $1.5 million. And interestingly, it's much less expensive gold necklaces which figure into a parallel investigation by the US Justice Department. Malaysian financier Jho Low allegedly used $1.3 million in misappropriated funds to purchase 27 18-carat gold necklaces and bracelets for a man widely reported to be Razak's wife.

The seizures took place in May, shortly after he lost re-election in a surprise upset against Mahathir Mohamad, who has pledged to hold him accountable for his misconduct.