How Much Money Will LeBron James Sacrifice In His Quest For Rings? How Does The IRS Impact Decision 2.0?

Isn't this time of year fun? The dog days of summer. Baseball still has about 80 games left, basketball, hockey and football are all done. Of course, the World Cup is going on, if you've turned on ESPN at any point during the last few days, you've probably noticed that 90% of the conversation concerns one question: Where is LeBron James going to play next season? In what is slowly shaping up to to be The Decision 2.0, a few weeks ago LeBron informed the Miami Heat that he'll be exercising his player option and opting out of his current contract. Today, July 10th, is officially the first day he is able to exercise that option. That doesn't mean he necessarily will make an announcement today, just that he can. So what is going on and how much money is LeBron potentially leaving on the table if he leaves Miami? UPDATE! On the morning of July 11th, 2014, LeBron announced that he will be returning to Cleveland! Unbelievable!

For the moment, Lebron's announcement means absolutely nothing. All he is doing is giving himself a little bit of flexibility. By opting out of the final two years on his current deal, he still has the option to re-sign with the Heat for up to five years. And by doing this, he'd actually be able to make even more money, since the salary cap has risen from $58.6 million to $63.2 million over the past year. That means LeBron can re-sign with the Heat for about $1.5 million more in his first year alone, than he would have made had he not opted out.

If LeBron does stay with the Heat, he'll earn more than he will anywhere else. Due to NBA rules, only a player's current team can offer a max salary of five years, and they can also provide 7.5% annual raises. That means LeBron could make $127.2 million over five years in Miami. Every other team will be strictly restricted to offering contracts that only last four years, and the annual raises would max out at 4.5%. 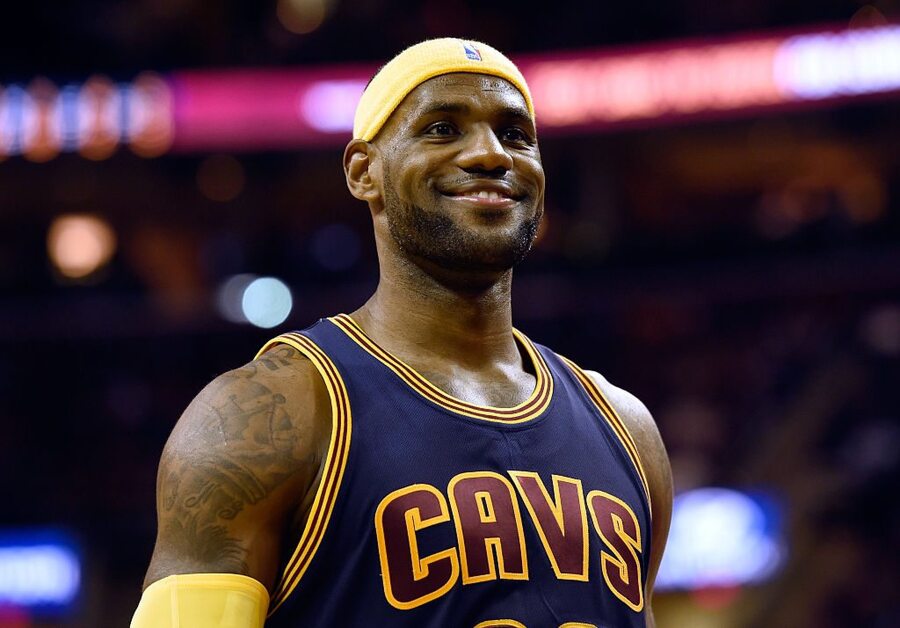 There's an extra twist, too. As you may have heard, Miami, is located in Florida. Florida has something that a lot of other teams can't offer: No state income tax. Let's take a look at the other teams that theoretically could make a play for LeBron, and how their respective income taxes would affect LeBron's take-home pay.

It's shocking to think LeBron would head back to Cleveland after Owner Dan Gilbert publicly called him out with an open letter (prognosticator Mr. Gilbert is not), but believe it or not, that's one of the leading possibilities right now. If LeBron does go back to Ohio he'd take a hit of nearly 6% on his salary, leaving him with about $88.8 million over four years.

The Houston Rockets also happen to reside in a state with no individual income tax. Guys like James Harden and Dwight Howard have come from other cities and enjoyed small bonuses by not losing a portion of their money to the state every year. LeBron could do the same. In Texas he would make $94.4 million over four years without owing a dime in state taxes. Other teams that reside in states without income taxes include the Dallas Mavericks, Memphis Grizzlies, Orlando Magic and San Antonio Spurs.

In Chicago, the Bulls could offer LeBron a strong supporting cast. Assuming Derrick Rose can return close to tip-top form, he, Joakim Noah, Taj Gibson, Jimmy Butler and LeBron would make a formidable starting five. But with a 5% income state tax, LeBron rakes in a bit less after taxes, roughly $89.7 million.

Phoenix would be able to offer around the same amount: $90.1 million, with a 4.54% income state tax. The Suns have some great young talent in Goran Dragic and Eric Bledsoe, and have a plethora of draft picks, as well.

The Knicks? Nah, who are we kidding. LeBron won't go there.

The real paycut happens if LeBron decides to take his talents to California, home of the highest state income taxes in the nation. Both the Lakers and Clippers have intimated that they are interested in LeBron, but California's state income tax is no joke. For someone in LeBron's bracket, 13.3% of his income would go to the state of California. At those rates, he'd lose out on almost $12.5 million in year one alone, just for the privilege of teaming up with Chris Paul or Kobe Bryant. LeBron's four year total take home pay in California (not counting federal taxes) would be $81.9 million. Keep in mind that by just staying in Miami and changing nothing, LeBron could have been guaranteed $127.2 million. That's a difference of $45.3 million.

As you hopefully understand by now, the most money in every scenario will come from Miami. Even if LeBron takes a pay cut with the Heat, he'd still probably make more than another team could possibly offer. Regardless, he doesn't live as lavishly as a lot of his peers, and he's probably made more money than you or I ever will in the time it took you to read this sentence. He's after rings, and there are a number of places where he can achieve that goal. We'll have to see what he finally decides. Let's just hope there's not another hour-long special devoted to revealing his decision this time around.