LeBron James Has Now Officially Earned $500 Million In His Career. Here's How He Did It…

LeBron James returned home this summer, rejoining the Cleveland Cavaliers after four years–and four straight Finals appearances–in Miami. The destination wasn't a huge surprise, but the contract certainly was: he signed for just two years and $42.2 million. As it turns out, the short-term contract was just one of many smart business decisions LeBron has made throughout his career (we'll get to the reason it's such a good move in a little bit).

Consistently making wise business decisions has allowed LeBron James to earn an enormous amount of money in his career. After last season, he had made $450 million from salary, endorsements and investments since entering the league in 2003. Add to that $21.1 million in salary, plus whatever endorsement deals he is raking in right now (he made $53 million in endorsements alone in the past year), and it's almost a guarantee that LeBron has already passed the $500 million mark. An impressive accomplishment for a guy who just turned 30 a few months ago.

Granted, not all of that money still belongs to him. Taxes, living expenses, investments, and a plenty of other costs dip into that amount, but LeBron certainly isn't hurting for cash. Here's how he's made his money, and more importantly, how he's kept it growing during his career. 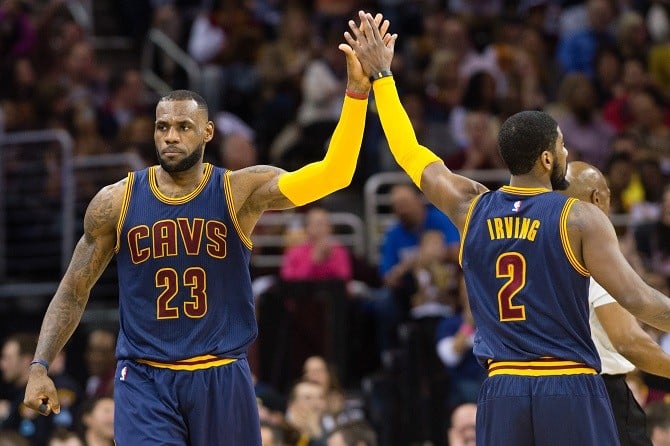 Before he played one second in the NBA–and actually, before the Cavs even took him with the first pick in the 2003 draft–Nike signed LeBron to a seven-year endorsement deal worth $90 million. The athletic company wasn't alone, either. During his rookie season, LeBron had Coca-Cola, Cadbury Schweppes/Bubbalicious, Juice Batteries and Upper Deck as sponsors. His rookie salary was a paltry-by-NBA-standards $4 million, but he snagged $17 million in endorsements.

Though he missed the playoffs his first two years with Cleveland, sponsors hardly shied away. Everyone wanted a piece of LeBron, knowing how good he'd become. He generated income from nearly every vertical, too: from food (McDonald's), to lawn mowing (Cub Cadet), to insurance (State Farm), to computers (Microsoft). His regular salary also picked up after his rookie contract expired. Though he only made $18.7 million on the court in his first four years in the league, his final three years in Cleveland netted him $43.2 million. That's in addition to the $78 million he made from sponsors from 2007-2010. In total, LeBron made $219.9 million in his first stint with Cleveland, just a seven-year timeframe.

Then The Decision happened. Remember that? A wave of "taking my talents to South Beach" memes started showing up all over the place, and LeBron was absolutely villainized. He joined forces with Dwyane Wade and Chris Bosh; both James and Bosh took less money to join Miami. Had they stayed with their respective teams, they could have each earned about $30 million more in salary. Guys like Joe Johnson and Amar'e Stoudemire were making more money than LeBron did (and still are, this year). But those guys have nowhere near the earnings potential that LeBron does.

Even when he was playing the villain his first year in Miami, the deals kept coming. His marketing firm LRMR partnered with Boston-based Fenway Sports Management. That alone earned James a multi-million dollar cash payout, and the partnership allowed him to flex his muscles and earning power overseas. He became an investor in soccer club Liverpool, as they're owned by Fenway Sports Group. He signed a two-year deal in 2012 with Dunkin' Donuts and Baskin-Robbins in Asia. In 2013, he entered into a partnership with Tencent, China's largest and most used internet portal. He serves as a spokesperson for the company's online video game, NBA2K Online. Samsung Electronics and Audemars Piguet have also gotten aboard the LeBron train. 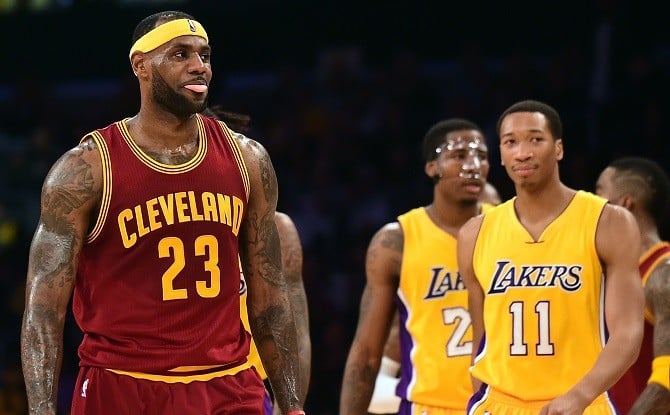 It didn't hurt that LeBron's Heat team had tremendous success on the court. Miami reached the Finals every season LeBron played there, and it won two championships. That winning helped create more business opportunities, and LeBron has taken advantage of them.

Still, Nike remains as James' most lucrative and biggest partner, and he re-signed with them in 2010. He's had a number of signature shoes, and the LeBron VI helped his sales really take off: they doubled in 2011 and jumped another 50% in 2012. In both 2012 and 2013, he sold $300 million in shoes. While Jordan Brand still dominates the shoe market, LeBron's kicks are the most popular among active players. His signature shoes sold more pairs than Kevin Durant, Kobe Bryant and Derrick Rose combined. Including royalties, LeBron nets around $20 million a year from Nike alone.

Outside of LeBron's good endorsement decisions, he's also made a number of investments in companies he believes in. In 2007 he bought a 10% stake in Cannondale, a bike-making company, and sold off his share two years later. He was a co-founder of energy strip brand, Sheets, which was endorsed by a number of NBA players. During the 2012-13 season, he sold his equity stake for a low seven-figure profit. And of course, as a Beats Electronics partner since 2008, when he gifted his teammates with Beats by Dre headphones at the Beijing Summer Olympics, LeBron was thrilled when Apple announced last year they were planning to buy Beats for $3 billion in cash and stocks. And by getting in on the ground level and using his endorsing power to further the brand, James now regularly cashes seven-figure royalty checks every year. Reports said he earned $30 million from the Beats sale, which meant a total of $53 million in 2014. He's the third highest-paid athlete in the world, behind just Floyd Mayweather and Cristiano Ronaldo.

Oh, and that short contract with the Cavs? LeBron timed it just right to expire when the league's new TV deal kicks in. Since the deal is worth an estimated $24 billion over nine years, analysts are predicting that the salary cap will be more than $20 million higher at the start of the 2016-17 season than it is currently. And per league rules, a team can spend up to 35% of the salary cap to sign a player. LeBron is going to command a max salary regardless of where he goes, at least for his next contract or two. But by doing a short-term deal now, he's going to add at the very least–assuming the cap reaches its projected level–$7.5 million per year onto his new deal.

Man, it's good to be the king. When will King James be a billionaire? Stay tuned to find out!