Last Week, The Koch Brothers Each Lost $2 Billion in One Day… And They Probabably Didn't Even Notice.

Charles and David Koch, known collectively as the Koch brothers, had a pretty rough time last week. In a single day, they lost a combined $2.2 billion. It was a result of always-volatile market fluctuations, and since the loss represents only about 2% of the brother's individual fortunes, it probably won't have an impact on any of the Koch brothers' plans for the future – this would have to happen about another 50 or 60 times for them to really notice it.

To put their one-day loss in perspective, when Charles Koch lost $1.1 billion in one day, it was the equivalent of a $3,400 loss for the average 60-year-old, according to recent statistics. This serves as a good illustration of the limitation of proportional thinking when talking about huge amounts of money, since the average 60-year-old would likely be pretty disturbed to find his or her bank account $3,400 lighter after a single bad day on the stock market. But for the Koch brothers, the equivalent loss from their collective net worth is unlikely to make a dent in their future financial plans. 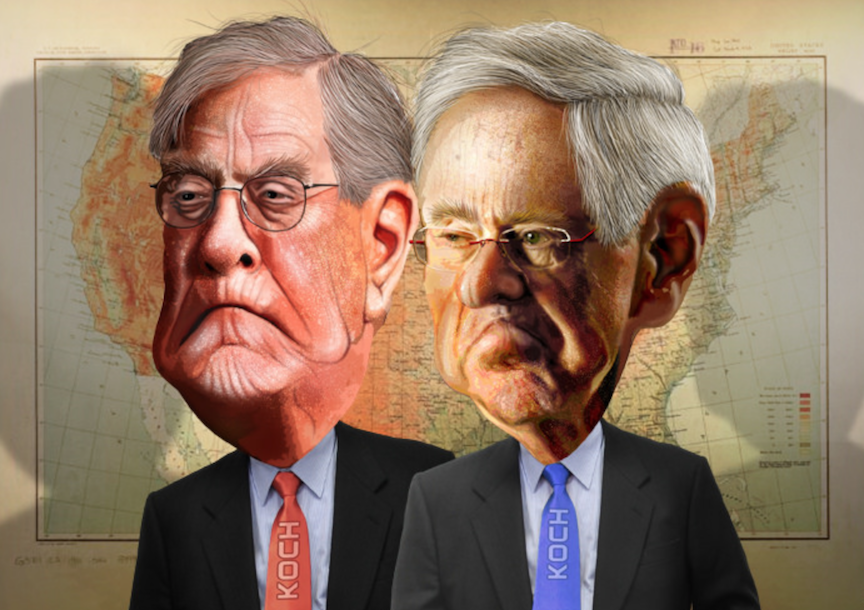 Those plans include a reported pledge to put $900 million towards putting a Republican in the White House following next year's 2016 presidential election. And this isn't exactly a change of pace for either of the Koch brothers, since they've made a name for themselves as of late by spending an incredible amount of money on political campaigns and various PACs (which stands for "political action committee") and other organizations engineered to influence elections and support the desired candidates involved. Whether or not that money has been effective in achieving the Koch brothers' political hopes is, as you might imagine, a subject to debate, with some arguing that the super wealthy such as Charles and David Koch (or their leftwing equivalent George Soros) and their various non-profit political organization play too big a role in American elections, and others pointing to elections that indicate that the candidate with the most money doesn't always get the most votes (you can ask Mitt Romney about this, if you don't mind seeing a grown man cry).

Last year alone, the Koch brothers donated a combined $12.5 million to political candidates as individuals, with another $100 million going to their Americans For Prosperity organization. These numbers all go to serve that while a $2.2 billion loss doesn't represent much of a bite against the brother's combined net worth of about $100 billion, it does represent a fairly large figure in comparison to the money they're used to donating to political campaigns. One could make the argument that losing money in stock market fluctuations or throwing it at political candidates is more or less the same thing, but it's unlikely that the Koch brothers would agree – at this point, that's probably the one thing they can't afford to do.