Did You Know You There's An App To Order A Helicopter On Your Phone?!?

By Max Savage Levenson on August 2, 2015 in Articles › How Much Does

Human evolution moves in leaps and bounds. While only a few years ago, the notion of using a phone to snap a picture of your favorite bone-marrow burger, or a superb sunset, was exhilarating and novel, it's since become old news. Humanity marches onwards, and now, thanks to a new app called Blade, you can charter a helicopter flight… via your phone.

Traveling by helicopter used to be reserved for persons of Gatsby-level wealth – a one-way trip costs about $35,000. But thanks to Blade, the brainchild of Rob Wiesenthal, COO of Warner Music, and Steve Martocci, co- founder of GroupMe and Splice, splitting a joyride with your friends from New York City out to the Hamptons, Cape Cod or Nantucket costs about $600 bucks a person. While that same trip usually takes at least three hours via car or public transport, you can get where you're going in about 40 minutes with a Blade chopper. And speed isn't the only perk. 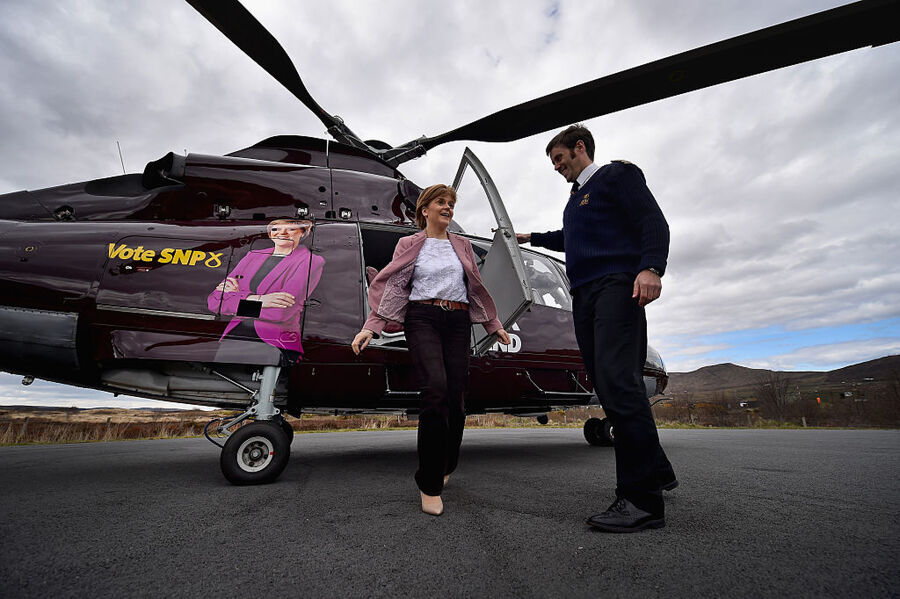 Blade has their own lounge set up on the runway, complete with amazing views of the city and a slinky, James Bond-like nightclub vibe. As their promotional video would have us believe, the lounge is full of gorgeous blonde women, euphorically serving complimentary cocktails in plastic cups. Later, before boarding, the pilot takes your drink from you to ensure that no FAA violations are being violated, only to return it once you're seated. If you thought Über was cushy, think again.

While the 20,000 people who have downloaded the app seem to be ecstatic about it, not everyone is so pleased. Helicopters make a ton of noise, and thanks to Blade, they are now entering into typically tranquil airspace, and in unprecedented numbers. There were more than 5,000 chopper flights in and out of East Hampton last summer, up almost 50% from 2013. On the busiest days, there were over 300 helicopters landing and taking off from the wee little airport, although not all of them were associated with Blade. The East Hampton Airport recently imposed restrictions on "noisy" aircraft like helicopters, and limited each helicopter to one takeoff and landing per week.

For now, Blade operates solely around New York City and New England. But even with the recent restrictions at the East Hampton Airport, the service seems to be generating enough buzz and revenue to inspire the possibility of expansion. So the next time you look up and see a chopper overhead, don't get your hopes up that it's President Obama or Elton John. It might just be some dude with a phone.