How much does a judge make? Judges earn excellent salaries due to the highly specialized requirements of their profession.

Judges, magistrates, and other judicial workers are tasked with applying the law and overseeing legal processes in courts. Judges preside over a wide variety of cases, from corporate crimes, to illegal drug sales, and traffic offenses. 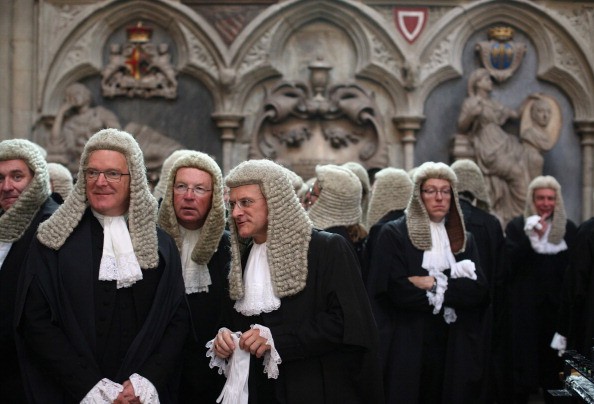 Judges must make sure hearings and trials are conducted fairly, safeguarding the legal rights of parties involved. Judges interpret the law, preside over trials or hearings, listening to the representation of clients by their attorneys. Judges rule on evidence, testimony, and may be asked to mediate between attorneys on a case. Judges ensure legal procedures and rules are followed during trial and pre-trial deliberations. Judges may also work in their chambers or private offices outside the courtroom. In these settings, judges write opinions, research legal issues, read documents on motions and pleadings, and oversee the court's operations. Some judges, depending on jurisdictions, also manage the court's clerical and administrative staff. Judges require a bachelor's degree and legal work experience to become a judge or magistrate, but most judges have law degrees.

Judges research legal issues in order to make decisions, at times their final judgement affects people's lives. Judges write about their legal opinions and decisions, and in these situations might ask law clerks or lawyers to help them research for these documents. Judges' duties vary depending on the type of case they are involved in. Judges decide if a defendant will go to prison and for how long if the person is convicted of a crime. Judges decide civil cases, involving money but no crime, making a decision on how much money one person pays another when found guilty.

How much does a judge make per hour?

A May 2009 Bureau of Labor Statistics report shows the median hourly wages of median annual wages of $42.13.

How much does a judge make per year?