Sculptor to the stars Jeff Koons has hit another home run with a T-1000esque piece simply called Rabbit. CNN reports that the sculpture has become the most expensive work of art ever sold at auction by a living artist, selling for more than $91 million, much more than any pre-sale estimate.

Christie's initial estimate of the piece's value ranged between $50 million and $70 million, but the winning bid clocked in at $80 million, and with the auctioneer's fees the total price came in at $91,075,000. Who was the buyer of this leporine masterwork? None other than billionaire art collector Steven A. Cohen, who purchased the piece through art dealer Robert R. Mnuchin, father of U.S. Treasury Secretary Steven Mnuchin. 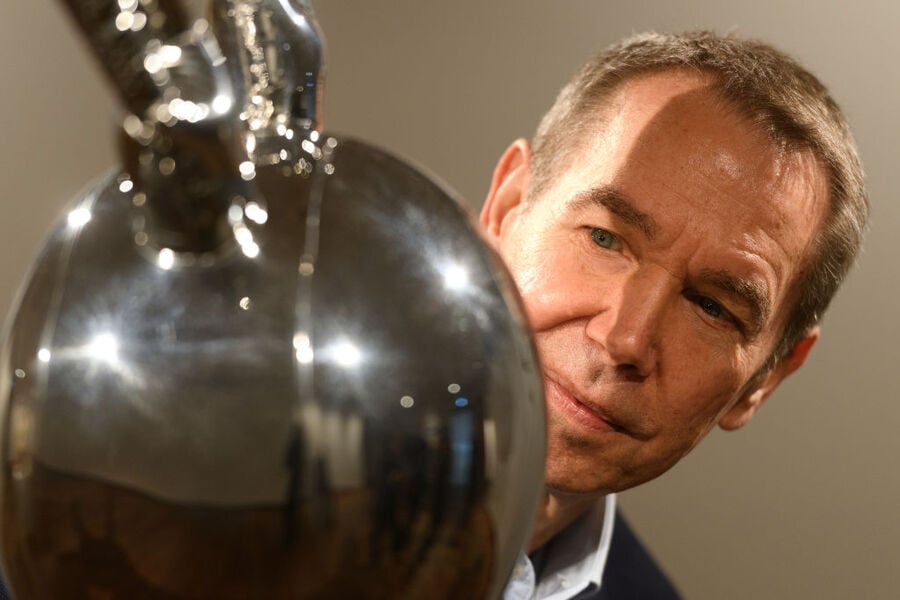 Koons' stainless steel Rabbit is one of a series of three, and unlike the other two hasn't been seen on public display for more than three decades. Before its recent sale, it was part of the collection of S.I. Newhouse, and was the subject of much excitement at Christie's even before it was known that it was destined to break price records, according to Christie's chairman of the post-war and contemporary art department Alex Rotter at a press conference:

"This was the piece that I have personally admired for 20 years, and always (had) dreamed of having for sale…You can think of Koons whatever you (like), but this is his best work."

Christie's official description of the piece didn't go quite that far, but it did call Rabbit "one of the most iconic works of 20th-century art." The piece's official pre-sale description went on:

"It is crisp and cool in its appearance, yet taps into the visual language of childhood. Its lack of facial features renders it inscrutable, yet its form evokes fun and frivolity."

That kind of fun and frivolity doesn't come cheap, and Rabbit's record-breaking sale comes just six months after the previous auction price record for work by a living artist: David Hockney's Portrait of an Artist (Pool with Two Figures) which went for $90.3 million in November of last year. Interestingly, that sale broke the record that was previously held by Koons, whose Balloon Dog (Orange) sold for $58.4 million in 2013.