JAB Holding Could Be Adding Dunkin' Donuts To Its "Coffee Empire"

By Joseph Gibson on November 8, 2017 in Articles › How Much Does

Over the last several years, private investment firm JAB Holding has been acquiring coffee and breakfast establishments left and right. First, it was Peet's Coffee & Tea in 2012, then came Krispy Kreme, Panera Bread, Einstein Bros., and even coffee machine brand Keurig, along with handfuls of other breakfast, coffee, and/or pastry related brands. Now, CNBC reports that the company has its eyes on the biggest frontier left in that commercial space: Dunkin' Donuts.

Dunkin' is the second-largest coffee chain in the United States, and should JAB follow through on its reported interest in the company, it would add another 11,300 retail locations to its already expansive breakfast empire – it may soon be difficult to buy a coffee, doughnut, or bagel anywhere in the United States without some of your money funneling up to JAB Holding. Here's Jeremy Scott, a senior research analyst at Mizuho Securities, in a recently released research note on the plausibility of such a deal taking place:

"While this isn't the first time a deal has been speculated between the two companies, the market reaction appeared to imply more credibility this time around. JAB has been an aggressive acquirer over the past three years, paying substantial premiums for coffee and bakery brands in both retail and restaurants." 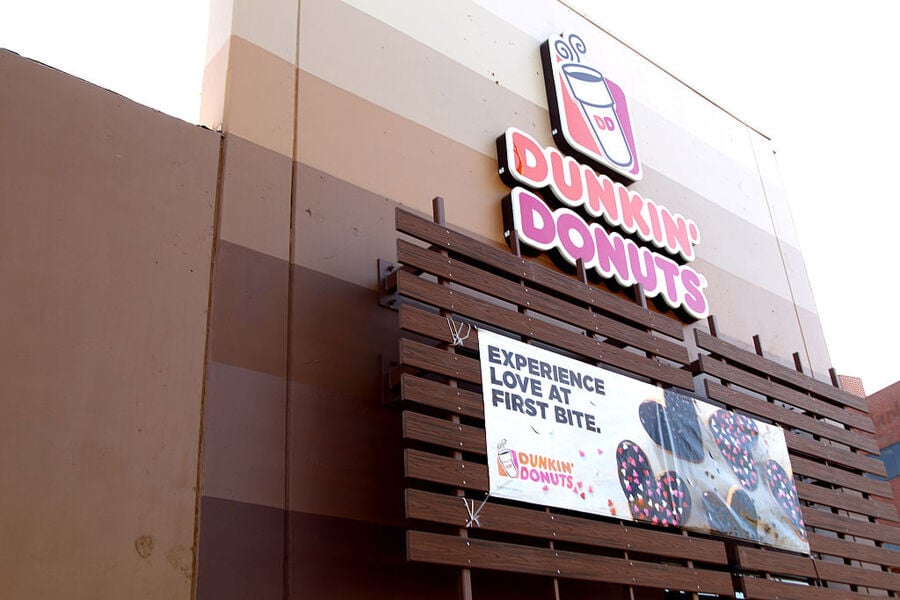 It's far from a done deal, however. Dunkin' Donuts' success in the marketplace actually represents a couple of downsides from JAB's point of view in acquiring it. For one, it won't be cheap, but perhaps more importantly is the fact that there are already so many DD locations and so much saturation in the breakfast/doughnut/coffee field that opportunities for growth within the brand will have to come from areas other than opening new stores – like offering products with the Dunkin' brand in grocery stores, as one example.

Representatives from Dunkin' Donuts and JAB Holding have both declined to comment on these rumors as of this writing.